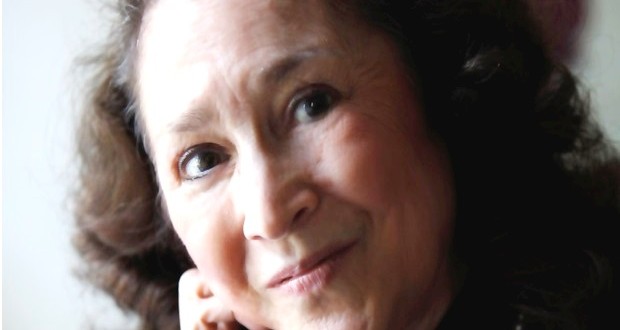 The tall, lanky reporter brushed away tears as he described the mangled bodies and anguished cries for help.  Shell-shocked survivors wandered aimlessly in the rubble left in the wake of a suicide bombing.

Minutes after medics, police and the media rushed to the scene, a second explosion shook the neighborhood.  The reporter watched in stunned silence as blood soaked his clothes.  Debris from the explosion had torn into Mohammad’s chest and leg.

On Jan. 10, a series of bombings rocked Quetta, the provincial capital of Balochistan.  Terrorists struck at the minority Hazara community in this southwestern Pakistani region rife with conflict and bloodshed.

The attacks killed nearly 100, including three media professionals — a local television reporter, cameraman and news photographer. Mohammad was left with angry red scars and a limp.  He requested his last name not be used for security reasons.  Journalists in Balochistan face daily intimidation and danger.

Underpaid and untrained, reporters in this impoverished territory have become the eyes and ears of the world in a volatile part of Pakistan where few journalists from the outside dare to go. Their beats read like an encyclopedia of crime:  extra-judicial killings, ethnic and sectarian violence, abductions for ransom, persecution of minorities and the common tactic of “kill and dump.”

Bodies of the “disappeared” turn up bearing gruesome evidence of torture — throats slit, flesh punctured with electric drills, faces battered beyond recognition.  Balochistan has been tagged by Human Rights Watch as “one of the world’s most dangerous places.”

Ali Dayan Hasan, a senior researcher in the organization’s Asia division, describes the province as a “toxic mix of armed nationalist, sectarian, and Taliban actors on one hand and the trigger-happy military authorities on the other.”  All factions target media workers.

Journalists face threats from more than a dozen groups, said Malik Siraj Akbar, a Baloch journalist who was granted asylum in the United States after killers targeted him.  He depicts the illegal arrest, disappearance, torture and murder of journalists as “commonplace in Balochistan.”

The Committee to Protect Journalists listed seven media professionals killed in Pakistan between November 2012 and 2013.   Four were from Balochistan.

In April of last year, Baloch journalists, including Mohammad, traveled to the Sheraton Hotel in Karachi for media training.   During teatime one afternoon a group gathered in a quiet corner to respond to the question:  “In the midst of so much danger, why do you continue to do journalism?”

Their responses shed light on a stark reality:  No one is punished for silencing the messenger in Balochistan.

A veteran newspaper editor was among the first to speak.  During a career that spanned 25 years, he has survived “three serious attacks when I believed I would be killed,” he said through a young reporter who served as translator.

The most recent occurred one morning in February 2013 when masked security agents stormed into his home, striking him with gun butts and kicking him, as he lay bloodied on the floor.  They issued a warning: “Don’t ever do this again!”  The editor was being punished for publishing reports critical of public officials in his district.

“I was terrified I would be killed and dumped.  My wife and children were in another room, waiting to hear gunshots,” the editor said.

With so much at stake, why doesn’t he quit? “I want to provide space for the poor and oppressed. What do Baloch people want?  What do they need?  How can their lives be better?  Those are the questions I want to answer with my reporting,” he said, as his colleagues nodded in agreement.

The reporter who had been translating added,  “Ma’am, the journalists of Balochistan all are at risk, not just the ones here today.  Even for doing this interview, if they knew who we were, they could come for us,” he said.

The journalists spoke eloquently about a sense of duty, patriotism and a commitment to providing voice to the voiceless in their chaotic homeland.

“If we stop, who will speak for the people?  We will not be silenced, even if it means sacrificing our life,” said Abdul, who chose journalism over the objection of his parents who pushed for a safer career.

By all accounts, the situation for Baloch journalists is worsening.  In some areas, press clubs have been closed after members were attacked.  Along the Afghan and Iran borders, local stringers have pulled back from filing stories on Taliban movements, drug trafficking and tribal conflicts to protect themselves.

Some report for major Pakistani media outlets without bylines or post information on blogs or Twitter under assumed names.   Others have fled or taken jobs as clerks or teachers.

Since he left four years ago, “Threats to journalists have dramatically intensified,”

said Akbar, founder of Baloch Hal, the first online English newspaper in Balochistan. “More journalists have been killed in the past four years than what I had ever heard about in my whole life in Balochistan.”

In his book, “A Battlefield for Balochistan,” Yousaf Ajab Baloch lists the names of 31 journalists killed over the past five years, including Muhammad Imran Shekh, Muhammad Iqbal and Murtaza Baig, victims of the January 10, 2013, suicide attacks in Quetta.

The most recent deaths:  Haji Abdul Razzak, with the newspaper Daily Tawaar, disappeared on March 24, 2013.  His mutilated body was found five months later.  Men on motorcycles gunned down veteran journalist Mehmood Afridi, president of the press club in the town of Kalat, seven days after Razzak’s disappearance. The separatist Baloch Liberation Army claimed responsibility for the killing.

Four of Baloch’s colleagues have been victims of what is known as “abduct, kill, dump.” “My own teacher who was a journalist and taught me in school was targeted,” Baloch wrote in an email on January 25, 2014.  “The situation does not seem to get better.”  (Courtesy: http://globaljournalist.org/)

Ricchiardi is a senior writer at the American Journalism Review. She has worked as a media trainer in Pakistan for the International Center for Journalists and wrote a report, “Challenge for Independent News Media in Pakistan,” for the Center for International Media Assistance.

Republished in The Balochistan Point on July 15, 2014

2014-07-15
admin
Previous: The Ignorance about Balochistan
Next: Candlelight Vigil against Closure of Schools in Panjgur