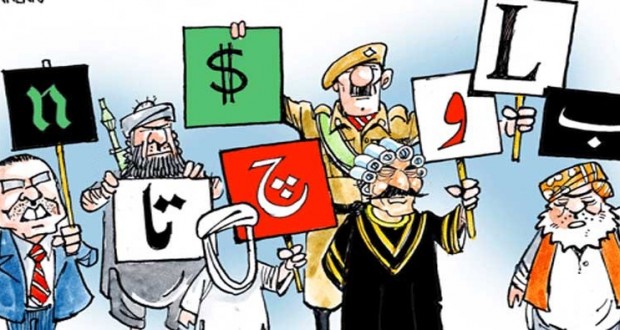 The Ignorance about Balochistan

Balochistan is the most ignored province of Pakistan in every walk of life. It grabs media attention mostly on those issues which are important for the ruling elite of Pakistan. Such issues range from the appointment of Arsalan Iftikhar at an important position to the installation of coal fired power plants in Balochistan that will produce electricity for Punjab. However, when it comes to the issues which affect the people of Balochistan, the media conveniently stands hushed. Due to the policies adopted by the state for last 67 years, Balochistan has been marginalized while people from other provinces, especially from Punjab, have very little knowledge about this province.

Balochistan was spelled as Baluchistan till 1989 when, then Chief Minister of Balochistan, Akbar Bugti changed it to Balochistan. Even today most of the people do not know the difference and the name of the province is still spelled incorrectly as Baluchistan on a number of official documents. Baloch constitute the major nationality living in Balochistan and one of the languages that they speak is called Balochi, the other being Brahvi. Most Pakistanis mistakenly call Baloch as Balochi, not knowing that latter is the name of the language spoken by former.

Likewise, when the government of Nawab Aslam Raisani assumed power in Balochistan, it decided to restore levies force which was merged into police by dictator Musharraf. Provincial government asked the federal interior ministry to make this decision official. Accordingly, Rehman Malik, then an advisor for interior affairs, announced in parliament that the government has restored Sardari system in Balochistan. He didn’t know that restoration of levies force is not the restoration of Sardari system. Sardari system was never abolished in the first place. On the same night, lengthy discussions were held in talk shows discussing implications of the restoration of Sardari system in the province. This level of stupidity displayed by anchors is only because of the ignorance. Even today, many notable columnists incorrectly state that Levies force is controlled by Sardars. The fact is that Levies force in Balochistan is a provincial law enforcement agency that is under control of the deputy commissioner of every district.

With some noteworthy exceptions, most of the highbrows in Pakistan lack the basic knowledge about Balochistan. Hassan Nisar, who is known for his hardcore stance against conservative intellectuals, wrote a ridiculous column about Balochistan a few months back. The claims he made in that column about the ongoing insurgency in Balochistan were absurd and far from reality. In the same column he admitted that his only source of information was the meeting with passengers on airport lounges whenever he visited Quetta. Once cannot expect such irresponsible behavior from an intellectual of such high caliber. Again, when it comes to Balochistan, such intellectuals do not care to acquire the correct information before making any objective analysis.

The aforementioned examples are of people of power and intellect, the case of common people is even worse. A few years back BBC conducted a study in which they asked questions about Balochistan from common people on the roads and streets of Lahore. The answers of the people manifested how little they know about Balochistan. Interestingly, the same people are seen making critical comments on social media on anything written about Balochistan, as if they know everything.

In order to solve a problem, it needs to be understood first. This can be done by knowing the problem from every possible angle. Same applies to the Balochistan problem; it can only be resolved meaningfully if the problem is explored in detail. The power structure of the federation of Pakistan is such that the people of the province cannot solve the problem on their own. Steps taken from Islamabad can change the fate of Balochistan. One cannot expect the people sitting in Islamabad to make right decisions while being ignorant about Balochistan.

Republished in The Balochistan Point on July 15th, 2014