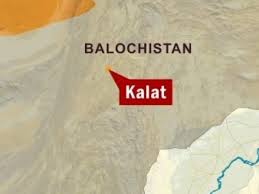 According to police, unknown gunslingers riding a motorcycle opened fire on Saeed Ahmed Son of Haji Baig Muhammad   in Ghumgozar area of Kalat city and managed to flee from the scene.

Saeed Ahmed was injured in the incident and he succumbed to his injuries.

“The motive behind killing could be old enmity” Police said

2014-07-02
admin
Previous: No apathy would be tolerated in the establishment of new colleges: Chief Minister Balochistan
Next: Secretaries should be role-modals: Chief Secretary Balochistan