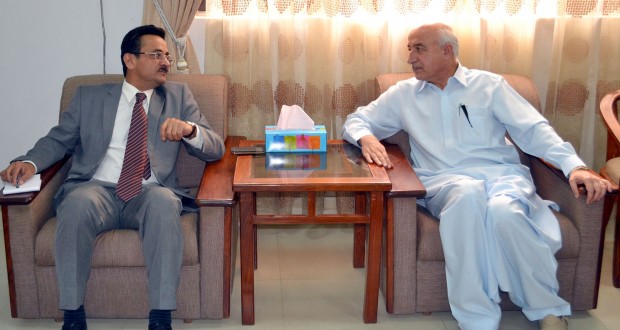 QUETTA: Chief Secretary Balochistan Saifullah Chata has said that the secretaries play a vital role in the provincial governments and therefore the secretaries should be role-modals.

Chief Secretary said this talking to an introductory session of the secretaries here on Wednesday. He said that he had performed his duty in different areas of Balochistan including Sibi, Jafferabad, Lorali, and Civil Secretariat Quetta. He said that the provincial secretaries are working in a better way and stressed that he desired further improvement in their work.

He said that in conformity with the directions of the Chief Minister Dr. Abdul Malik Baloch, works should be done following the rules and regulations and targets should be set in this regard to be achieved.

“Serving the masses is our obligation and we have to work in collaboration,” he said and added so that today’s government may stand victorious in the coming days in front of the masses.

He stressed that secretaries should remain in offices most of the time as during this month, the working hours are few. He stressed that the discipline and cleanliness should be maintained. He said that he would visit various offices personally to ensure the maintenance of discipline.