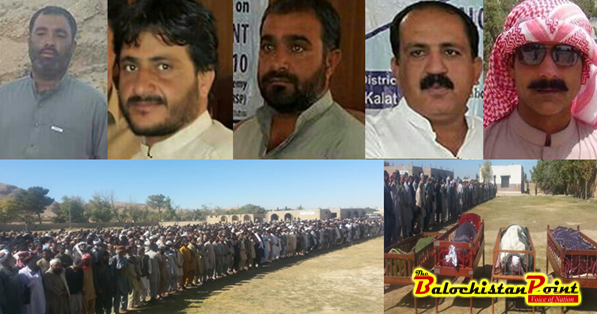 The tragic accident had occurred on Sunday evening when vehicle of Nawaz Shawani collided with a truck near the area of Dasht. As a result of collision Councilor Rais Munir Ahmed, Councilor Faiz Muhammad Rind, Masood Ahmed, Sardar Najeeb Tareen , Bachan Shah including district chairman Kalat were killed on the spot.

Chief Minister Balochistan Nawab Sanaullah Zehri has expressed grief over the fatal incident that took precious lives. He has also ordered to support the families of the victims at the time of distress.

Published in The Balochistan Point on October 17, 2016