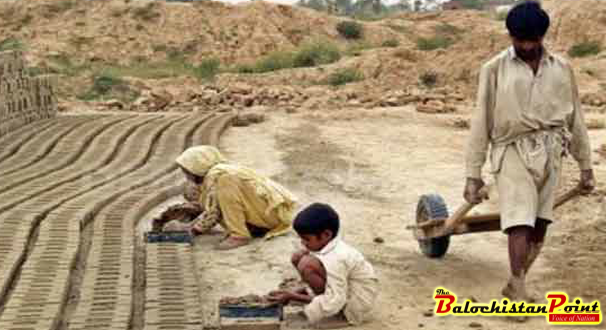 In the building of a nation Labours play an important role. Labor Day is celebrated on 1st may every year to show some tribute and solidarity to the labour class. In Pakistan Labour Day is being celebrated since 1947 just after becoming a member of international labour day. However, the first Labour policy was announced in 1972 which declares 1st May as an office show holiday. As a member of international labors organization Pakistan observes the Labor Day in relation to its activities to improve the working conditions of labor and to acknowledge their contributions.

Every major city of Pakistan and the neighbor holding area as of these cities see factories cottage industries brick kilns and similar working places filled with malnourished young children working 9-10 hours a day for less than Rs 300 a day. Young girls, women as well as elderly people are seen making bricks kilns in harsh weather conditions yet they have no hope to escape these conditions. Since majority of the workers in these kilns are bounded labor where every grandfather once took, years and years ago.

Every year on May 1 we remember our labors and workers because we know how much we need them. Yet labors day brings along nothing more than some enthusiastic, but highly unrealistic speeches pretentious promises and stalemate guarantees. If something meaningful has to be done for a class who is the backbone of our enemy now it is the time to change our words into productive actions.

The federal government has announced public holiday on 1 May 2017 to celebrate as a Labor Day. Every year this day is celebrated across the world to recognize achievements and struggles of the workers that are why this day is also called as workers day as well.

This day is celebrated to recognize with world the financial economical rights of a labor. We should pay to labours before drying his sweat and we should keep in view that we are now pushing the real amount he deserves as compared to his/her work. In the preservation of labor rights not only government, but also general public have to took special steps.

And in this category Islam provides us a very handsome way to deal with our labours that is “never yeast a labor and pay him before drying his sweat”. The invention of new technologies that are decreasing the need of labours should be parallel to the formal employment. It is very nice to have a day for the appreciation of labours that they have done so much for us, for the community and for themselves. So it is worth to have a day celebrated for labours.