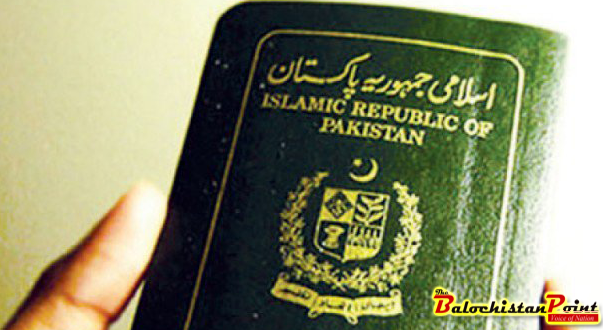 People suffer due to lack of staff at Passport Office Khuzdar

KHUZDAR: Lack of staff at Passport office Khuzdar has created a number of problems not only for visitors but also for the staff present at the office.  People have to wait three to four hours in the row to get official formalities completed.

The present staff comprises of three persons who have been serving on daily wage basis and due to large number of visitors and lack of staff, they sometimes cannot operate their official work smoothly.

The  regional passport office was established in district Khuzdar during the regime of Pakistan people’s Party in May 2012 and it was inaugurated by ex- federal interior minister Rehman Malik. During inauguration, Rehman Malik promised to appoint permanent staff for the passport office but unfortunately after change of government in 2013, this promise remained unfulfilled.

Chief minister of Balochistan, Federal interior minister including Gen (R) Abdul Qadir Baloch have to take necessary measures to regularize the staff working in the office since its establishment and appoint more staff for the greatest interest of public so that official work may not be affected and people do not have to wait three to four hours in the passport office Khuzdar.

Published in The Balochistan Point on May 24, 2017