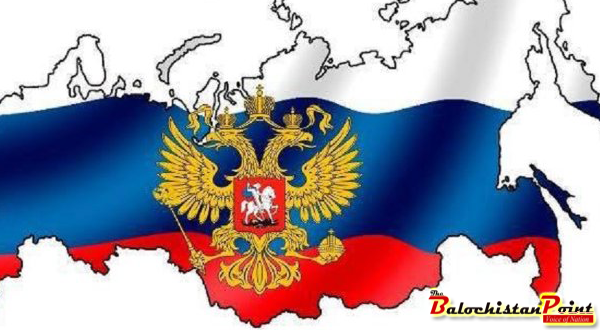 The root cause of any change in foreign policy is failure. In recent years many changes were seen in Russian foreign policy under the three terms or Putin and during his tenure of president of Russia as the main priority seen in Russian foreign policy are its relations with Commonwealth of Independent states. Moreover Russia has great strategic interest in central Asia since cold war that’s why it took steps to maintain stability in Afghanistan along with other regional and supporting states for the eradication of terrorism and to gain its national interests within the region in order to maintain diplomatic and trade relations.

The main reason of the invasion of Russian troops in Afghanistan is to protect Russian interests from being threatened by US, moreover the territorial boundary of Russia has make it vulnerable to different invasions of enemies so it is deciding to make a buffer zone around it and to expand its territory so that enemies would not conquer it easily. Whatever diplomatic efforts Russia have taken till now are just to pretend itself and to show its jealousy against US as it know that it can’t be equivalent to US. Russia know its weaknesses very well so it just show off and also play a role as copy cat after seeing US emerging in any field of interests. What US do Russia copies the same as it wants to come in equal status to US so it try to satisfy itself by doing so. The US-Russia relations seem to be like cat and mouse.

Today Russia is facing threat from rising ISIS in the world mainly central Asia. Russia always perceived NATO as its biggest threat to its security because after the collapse of Soviet Union, United States started to spread democracy and NATO started expanding eastward. Realist theory seem to be quite influential in the interpretation of Russian foreign policy.US has adopted the policy of spreading democracy and regime change through military action the same it did with Russian closest ally Serbia by bombing it in order to support Kosovo. According to me not always Russia is responsible for every mischievous attitude, US also plays game sarcastically just to check out Russia’s power and to make it aggressive and pour oil to fire.

NATO also marched towards Afghanistan, Syria, Libya and Iraq for the purpose of spreading democracy in the Heart of Asia region through its military troops. Since Cold War it has become an offensive organization from defensive organization. Defense of sovereignty, territorial integrity and international law are the main concerns of Russian foreign policy but this concern was broken down when Putin launched war in Georgia and annexation of Crimea .These events cause policy shift in Russian foreign policy. The collapse of Soviet Union was a great depression economically, politically and socially but the arrival of Putin promised Russians to recover all these lose and to re-establish the state again. Putin showed remarkable efforts to change Russian foreign policy towards west during his first two terms as president as the main reasons of bitterness was the US presence in commonwealth of independent states, disagreements over energy routes, future of Baltic states and the mostly commonly the disintegration regarding Strategic Arms Reduction Treaty(START).Keeping in mind all the national and strategic interests Putin took steps to make alliances with great rival states of US like china, north Korea, Cuba, Iran and Iraq. Furthermore the withdrawal of US from anti ballistic missile treaty (ABM) and its actions to make National Missile Defense system and its intervention in Yugoslavia cause heart rending aggression towards Russia which added fuel to fire.

Russia seems to be weak in tackling with international crisis that seem to threaten Russia itself so Russia very smoothly uses soft power that moment and join hands with US as it know it is not capable of dealing the crisis alone. But soon after great aggression Russia got melt in love affair with US for fighting its global war on terror after the 9 September attacks and Russia decided to give military aid to US along with its joining in NATO to eradicate Al Qaeda but there was great diplomacy behind the one sided love excitement of Russia towards US. Russia itself perceived terrorist threat after 9 September attacks and it wanted to protect its national interest so president Putin played a game of soft power to achieve its nations interests moreover the Russian  territory was not secure at all so Russia make their military bases in central Asia for the use of US troops but unfortunately these friendly ties were short lived and again after  the one year Russian bitterness emerged aggressively towards US because of its invasion in Iraq to fight against Saddam Husain regime. Always after achieving its interests Russia itself diplomatically fights or blames US just to show its past grudge and it pushes it hands back . Russia stood steadfastly against it that it will veto for the use of force of US against Saddam’s regime. When US started too deeply Missile Defense Systems in Poland and Czech Republic, Russia also penetrated its National Missile Defense System. Russia accused west of creating internal divisions in Europe, undermining international institutions and expanding its nuclear arms so Putin took actions to eliminate Russian presence from Commonwealth of independent states moreover he decided to punish those  states who are in relation with West because his main goal was to make Russia a great power again because the unipolar world order was great threat to Russia but Putin also expected cooperation with US in few areas of interests like reduction of arms race, economic development, space exploration  and to fight against crimes, corruption and terrorism. Basically president Putin plays a double face game on one side he tried to satisfy his relations with US and on other side it wanted to take revenge of the past against US .Putin also made friendly ties with energy rich states like Uzbekistan, Turkmenistan and Kazakhstan in order to increase Russian economy and to increase its trade of oil, natural gas and electricity to Europe because most of the Russian economy rely on industries and its rapidly aging population .Putin decided to join military action of European union in order to counter balance NATO .

Today Russia is trying to make friendly relations with its neighbors in East and West and it has become a major arm supplier to China and India .The most personal objective of Putin was to restore its relations with Europe .The increasing influence of Russia in Europe ,Persian gulf and Mediterranean are the alarming concern to US as these regions are of great strategic interest for them and they would never compromise and tolerate their rival states in these regions. Today both US and Russia are trying to achieve peaceful settlement in Syrian crisis with the help of United Nations as both states made commitment in 2013 to eliminate weapons of mass destruction from Syria.  The two rival states always compromise to resolve the international crisis. In my view the rapid action of Russia towards Ukraine and Syria is to clearly show its intentions and to restore its status as major power again. Soon after the inauguration of Donald trump this year it was decided to improve the relations between both states but again the crisis of Syrian civil war cause disintegration between both states and Trump imposed sanctions on eight Russian companies that were in connection to Iran ,north Korea and Syria and it also launch cruise missile attacks on Syrian airbase as a response to Khan Shaykhun chemical attack. Russia seems to be mean state while US is straightforward in its every action. Russia strongly criticizes US for the violations of international law as an act of aggression.

Currently the relations are hostile between both states. Today Russia is seem to be much weaker than US, it is trying to compete itself with superpower so it is standing itself by blaming and criticizing US and showing some military devices publically. Russia is trying to prove itself as equivalent to US power but it is not direct attacking US instead of just playing diplomacy to take its past and present revenges.

Venita Christopher is student of BS(HONs) in defence and diplomatic studies. She researches and writes on strategic and political issues. She does literary writings and she also writes online stories on wattpad.com

Published in The Balochistan Point on May 24, 2017