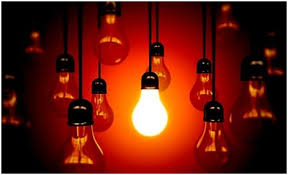 Electricity is a basic need which is necessary in this scorching weather to run out a fan and other electrical equipment but unfortunately we are deprived of this fundamental need in the holy month of Ramazan.

Moreover, Shahi Tump itself has huge population but still it has been interlinked with other populated areas like Koshkalt ,Kahne Posht ,Bahman ,Pathane kahoor and many more due to which it is difficult to even run a fan in addition other equipment like fridges ,ACs and washing machines are just lying with insufficient electricity.

Additionally, people are suffering to a great extent in the month of fasting due to loadshedding of QESCO from 11 to 12 hours a day which is clear violation of Article 25 constitution of Pakistan 1973.

Furthermore, everyone cannot afford to facilitate the family with solar fans and solar coolers so it’s the responsibility of QESCO to provide powerful electricity when it is receiving bills and it is fundamental and legitimate right of the people of Shahi Tump to avail electricity.

On the other hand, the government has imposed section 144 to stay at home for taking preventive measures due to grim situation and outbreak of pandemic Covid-19. Instead of providing 220 voltage electricity it is supplying 90 Voltage which is insufficient to run the electric equipments; hence, people fridges, motors, fans and coolers have been burnt.

Despite, the people of Shahitump approached S.E (Superintendent Engineer) QESCO to lessen load shedding of Shahitump feeder but all in vain.

I request the Chief Executive Officer QESCO and Chairman QESCO to take prompt and concrete measures to resolve this issue as soon as possible because it is really a great hardship in this dearth time.

Published in The Balochistan Point on May 18, 2020