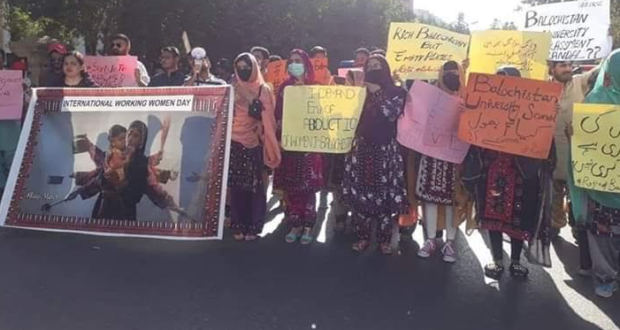 Just before starting first chapter of Orientalism, Edward W. Saeed quotes Karl Marx, a Western political philosopher (my favorite too) with perhaps the most influence and impact upon the progressive anti-colonial, anti-imperial movements in the Orient/Colonized world, but a native European nonetheless:

“They cannot represent themselves; they must be represented.”

Although it may seem insignificant to most, this quotation sends a very powerful message to the world, precisely that, a most progressive European philosopher, despite honest attempts, may still be misguided as regards subject of colonized peoples simply because they do not the share the same human experiences. The distance between the core and the periphery is so great that at times, it seems almost impossible to bridge the gap. Yet in recent history, we have also witnessed that with the solidarity and support from the core populace, peripheral people have been strengthened in their struggle for fundamental rights. Though the world today has grown more complicated than ever, the information chain and knowledge acquisition has made human social connectivity and solidarity more possible than ever. The basic premise for such a connection can be the readiness of the core/mainstream to hear the grievances of the peripheral, and try to understand their experience from indigenous perspectives. And this should not be done just for the formality of listening (liberal platforms for free speech etc), but rather feeling their pain, ready to put themselves in the shoes of peripheral subject and walk around in it.

Likewise, the peripheral subjects must realize that their movement cannot always be the top priority of the mainstream, reason again being the difference of experiences and understanding. However, their voices can be included and amplified to a much larger domestic and international audience, which is also an achievement for a relatively far off and cornered people who have little access to the mainstream media and platforms for political expression.

There’s also the class problem within the organizers of any collectives in the mainstream, which becomes more like two or three balls juggling in the hands of the organizers, who also themselves belong to different social strata. Naturally, we see many differences of opinion among organizers and even more than one solidarity marches on the given days of political expression. This was evident in Karachi (where I also happened to be), where Baloch women(Raajis) organized a separate march (with great numbers) yet joined the Working Women rally organized by Home-based Women Workers Federation and NTUF, two unions of industrial and domestic workers, who also happened to distance themselves from the original Aurat March, where (according to a friend) only a selection of industrial working women and Baloch women were represented (but given space nonetheless).

When we dissect the formation process of collectives and, impediments in their effectiveness and collectivism, especially those based on identity politics, we see that there are several genuine problems involved. There’s always a problem of organizational, personality, class, gender and ethnic biases/differences when it comes to forming collectives of people belonging to different segments of different societies (within same political framework but with a huge difference of life experiences).

It is the task of the organizers, students and political workers from both the core and the peripheries to accept these facts and build upon them any organic solidarity that is affordable and sustainable for both sides. Difference of personality, opinions and policies should not mean outright boycotts. Debate and discussion should be for the sake of improvement and connectivity, rather than division and animosity, given the poor state of fundamental rights and the abysmal condition of the rights groups.

We need to try, if we even cannot completely bridge the great gap, to at least shorten the travel time and distances as much as possible if we are to achieve some success in the struggle for civil and human rights in this God forsaken piece of land. The journey is long, exhausting and tiresome. But we must have to resolve these problems if we are to travel along with each other and achieve the destination that we all aspire to.

Published in The Balochistan Point on May 19,2020