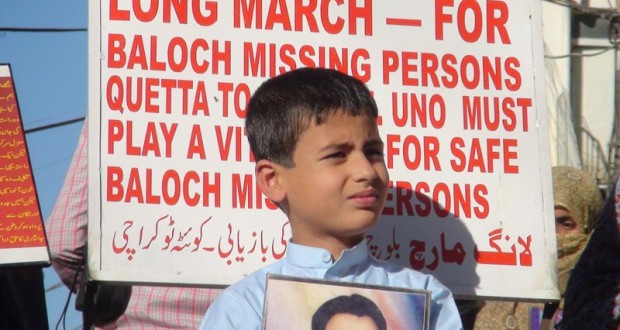 It is difficult not to feel stirrings of sympathy for Dr

Abdul Malik Baloch, the Chief Minister (CM) of Balochistan. In his foray the other day to the Karachi Press Club, he was nothing if not candid. First and foremost, he admitted up front that he and his government had failed to resolve the issue of missing persons that has bedevilled the province for years. Although he asserted in one breath that the law and order and security situation in Balochistan had improved since he took over, the next moment he confessed the difficulties in the way of bringingpeace and reconciliation to the troubled province. When questioned about contacts or talks with the Baloch nationalist insurgents, Dr Malik tried to put the best possible face on it by stating that his government was trying to find a ‘constitutional’ solution to the conundrum. Presumably what he meant was a negotiated settlement of the conflict without conceding the demand for separation. To create what he called the mechanism for contacts with the Baloch nationalist insurgents in the mountains and those in exile, his government has proposed a provincial All Parties Conference in December to deliberate upon the ways and means to achieve at least an opening to the aggrieved and angry dissidents in the separatist camp. Dr Malik’s small space for manoeuvre however, was exposed in his statement that until such time that the police and Levies in Balochistan were strengthened to take over security and law and order duties, reliance on the Frontier Corps (FC) would have tocontinue. Given how controversial the FC has become over the years in Balochistan, particularly with reference to the notorious alleged ‘kill and dump’ policy, there is a logical flaw in the CM’s argument. So long as the FC is deployed, and given that the government elected this year seems so far helpless to control the incidence of such incidents, one fails to see how the FC could be taken out of the equation. Rather, its posture and actions suggest the FC will be difficult to remove or replace for the foreseeable future. That cuts the ground from under the ground of the well-meaning CM. High hopes were attached after the May 2013 elections that the coming to power of a middle class Baloch moderate nationalist like Dr Malik offered the best hope in years of promoting a negotiated settlement and peace in Balochistan. Four months down the road, that appears a virtually lost cause, not the least because in practice the CM seems unable to rein in even the more objectionable parts of the FC’s campaign against nationalist dissidents. The CM has proved equally helpless when it comes to meeting the challenges of the earthquake-hit victims in Awaran. Whatever the provincial government, the military/FC and the National and Provincial Disaster Management Authorities have managed, and it could be conceded that their efforts are not inconsiderable, nevertheless they fall far short of the requirement, as Dr Malik himself has repeatedly said. Nevertheless, his appeals to the federal government to either do what is required itself or allow international aid agencies to come in and help have fallen on deaf ears. Meanwhile persistent reports from the remote earthquake zones speak of immense deprivation and a humanitarian crisis, the claims of the authorities to have adequately met the emergency notwithstanding.

To add poignancy to Dr Malik’s confession that he has been unable to do much about the missing persons conundrum, a brave group of men, women and children of the Voice of Baloch Missing Persons has undertaken an arduous long march from Quetta to Karachi to highlight the lack of progress on recovery of missing persons in Balochistan, despite the efforts, amongst others, of no less than the Supreme Court. Of course, the difference between the journey of the CM to Karachi and that of the relatives of the missing persons agitating for the return of their loved ones since 2009 is that the latter are making the trek on foot, for 12 hours a day, resting wherever they find themselves at nightfall. Even the most hardened heart must feel for these unfortunate people, whose misery and grief knows no bounds and has seen no relief despite their best efforts. Neither Pakistani nor international human rights organizations have taken up this cause with the persistence it demands, occasional nods in its direction notwithstanding. Without a cessation of tortured dead bodies of nationalists turning up all over Balochistan and increasingly in Karachi, whatever hopes resided in a political reconciliation in Balochistan through Dr Malik and company seem ordained to end in failure. That implies a continuation, and perhaps worsening, of what Dr Malik described as troubles confined to a few districts. How long such complacency can hold the field is a moot point.

Republished in The Balochistan Point on October 28,2013