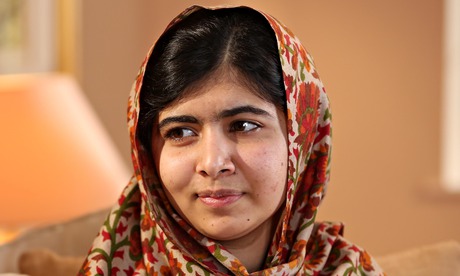 Malala Yousafzai belongs to Swat valley of Pakistan and she was shot by Taliban in 2012 due to her educational activism. She miraculously survived and turned out to be a global icon for child’s right of education.

Kailash Satyarthi is a 60 year old Indian activist who has been active in development of important international conventions on children’s rights.

Norwegian Nobel committee stated the both winners were chosen; “for their struggle against the suppression of children and young people and for the right of all children to education.”

Malala becomes the youngest ever Nobel Laureate in the history of wining this prize. She is only second Pakistani after Dr. Abdul Salam to have won a Nobel Prize.

Published in The Balochistan Point on October 10, 2014.