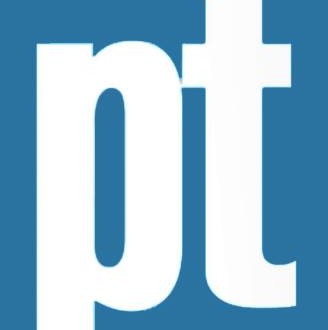 There seems to be no end to atrocities in Balochistan. Last year reports about forced disappearances and mutilated bodies dumped on roads made headlines in the media. At the beginning of the new year there are reports about the discovery of mass graves in the province. Two graves, one having two dead bodies, the other 11, were reportedly located by the Levies in the last week of January. The bodies were said to be a month old and were unrecognizable. According to a senior official, two of the bodies were found partially buried with some parts lying on the surface. This is barbarity pure and simple reminiscent of the notorious Dirty War in Latin America. A thorough probe is needed to find out the culprits and punish them.

Last week Prime Minister Nawaz Sharif talked about jobs, development projects, and a share in government’s loans for the youth scheme in Balochistan. While the Baloch have a right to all these things, offers of the sort sound hollow in the presence of disappearances, killings and desecration of dead bodies.

The discovery of mass graves is a challenge for Dr Bloch who recently said that ‘better coordination between elected government and security agencies has resulted in improvement of law and order’. FC personnel have at several times been held responsible by the Supreme Court for human rights violations and for breaking laws of the land. Attorney for Balochistan government apprised the apex court last week that sixteen Frontier Constabulary personnel could not be investigated as the force did not work under the provincial government. This needs help from the federal government. But there are yet no signs of the prime minister willing to put his weight behind the chief minister. Do crucial decisions about Balochistan still fall under the jurisdiction of the army?

There are reports in the media that need to be looked into. There are differences about the number of bodies discovered in the mass graves. President Balochistan High Court Bar Association has told the apex court that 25 bodies were found in an unmarked grave near Khuzdar. Nasrullah Baloch, the chairman of the Voice for Baloch Missing Persons has said that presumably the bodies are those of the missing persons. Senior BNP-M leader Dr Jamaldani has claimed that there were more unmarked graves near Totak area in which mutilated bodies had been dumped but some forces were creating hurdles in the search of these graves. He has called for security for witnesses in the mass graves case as they were being threatened by ‘invisible forces’.

The federal government has ordered a judicial enquiry. Taking suo motu notice of the reports CJ Jilani has summoned IG Blochistan and Commissioner Khuzdar. What is needed are joint efforts by the apex court and federal government to establish rule of law in Balochistan. (Courtesy: Pakistan Today)

Republished in The Balochistan Point on February 5, 2014