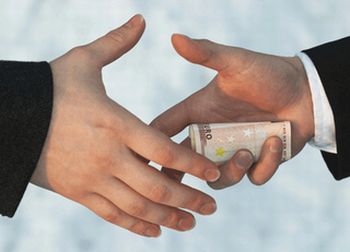 Massive Corruption In Recruitment Of Jobs In Balochistan

Several vacancies have been announced in provincial departments of Balochistan, the students and aspirants of the posts seem quite hesitant while applying for the post keeping the prevailing requisitions in view. It is notoriously infamous among the students of Balochistan that every vacant position has either a price label or having the political affiliation as pre-requisite criterion for applying for the post. Despite this claim of students, Government calls the existing method of appointment based on merit when the entire world knows the reality.

This issue has been continuously voiced by the media time to time through various sources but no substantial and satisfactory steps have been taken to cease such practices in future. Instead, people having feared to be over aged finally surrendered to the system and became conclusively the part of it by greasing the concerned authority palm. The said sense has prevailed in the society to the extent that before applying for any vacant position people begin seeking for a reliable person to get their work done by any means.

Is talent, proficiency, and the requisite skill and academic course is merely a show off or is it a tact of tricking the already deprived population of the province? The issues of chronic poverty, deprivation, excessive illiteracy and dumping of mutilated corpse are yet unsettled, where another aggravating issue emerged to further haunt the inhabitant’s believe in the Government and their affiliates. Moreover, if the Government posts are left on the mercy of elected Government then undoubtedly ferocious hatred would start breeding among the subjects of the province.  Elected member will only give jobs to the people of his tribe and ignore the others.

It is feared that student’s grievances may not turn into hostile demonstration if the matter was not seriously taken up aptly. Therefore, it is reverently requested to the Competent Authorities of Balochistan to ensure merit in appointment and don’t violate the rights of the citizens as prescribed in the Constitution.

Published in The Balochistan Point on December 11, 2014