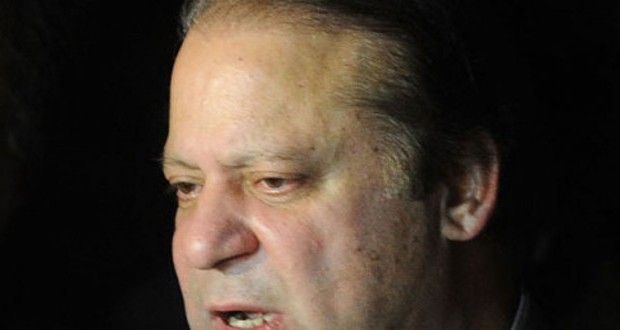 ISLAMABAD: A soft-spoken Sardar Ayaz Sadiq of the PML-N, who defeated Tehreek-i-Insaf chief Imran Khan in a Lahore constituency in the general elections, is set to become speaker of the National Assembly as the party on Saturday named him its candidate for the post on Monday.

Asim Khan, a PML-N spokesman, told Dawn after a meeting of the party leadership at the Punjab House that besides Mr Sadiq, the party had nominated Murtaza Javed Abbasi, an MNA from Abbottabad, as its candidate for the office of the deputy speaker.

The two candidates will submit their nomination papers on Sunday.

Though the main opposition PPP is yet to decide about fielding its candidates, the PTI nominated Shaharyar Afridi from Kohat and Munazza Hassan, an MNA on a reserved seat for woman from Punjab, as its candidates for the posts of speaker and deputy speaker.

The PTI has already fielded Makhdoom Javed Hashmi to contest the election against his former party leader Nawaz Sharif for the office of prime minister on Wednesday.

Earlier in the day, the PML-N’s parliamentary group, at a meeting at Parliament House, nominated the party chief, Nawaz Sharif, as its candidate for the office of prime minister. His name was proposed by the leader of opposition in last National Assembly, Chaudhry Nisar Ali Khan.

Mr Sharif will be taking oath as prime minister next week for the third time, after 13 years and seven months to his last stint as the premier.

Keeping in view the party position in the NA, the elections for the offices of prime minister, speaker and deputy speaker will merely be a formality since the PML-N has already acquired more than simple majority in the 342-member house after joining of the party by the independents.

Ayaz Sadiq, 59, a businessman by profession, will be the 17th person to become the NA speaker. He will succeed PPP’s Dr Fehmida Mirza, who has the honour of becoming first woman speaker of the assembly.

In another significant development, Mr Sharif has convened a meeting of PML-N MPAs from Balochistan and leaders of the allied parties in Murree on Sunday (today) to finalise the process of government formation in the province.

Though members of the Balochistan Assembly took oath on Saturday, the PML-N and the allied parties have so far failed to select candidates for the posts of the province’s chief minister and speaker and deputy speaker of the assembly.

On Thursday, Mr Sharif had held a meeting with MPAs-elect of the PML-N, the National Party (NP) and Pakhtunkhwa Milli Awami Party in Raiwind. The participants of the meeting included three main aspirants for the post of chief minister — Dr Abdul Malik of the NP and Sardar Sanaullah Zehri and Nawabzada Jangez Marri of the PML-N.

The PML-N spokesman said the leaders from Balochistan were expected to participate in Sunday’s meeting which, he hoped, would resolve issues relating to formation of the coalition government.