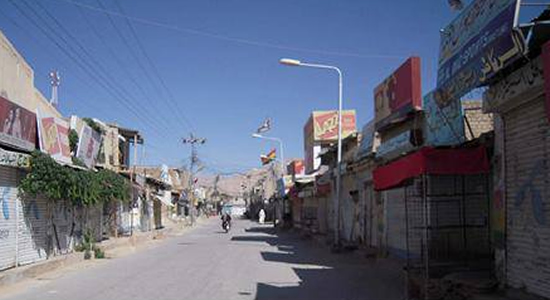 On the 6th of June the street of Balochistan cities were empty. Balochistan came to a complete stand still that day.

The people responded massively to call out from the Baloch Republican Party for a strike to protest against the daily kidnap and killings of Baloch civilians by the Pakistani army. The call out for the strike was supported by many Baloch parties and organisations, among the BYW, BNM and BRSO, who are fighting and advocating for an independent, peaceful and free Balochistan.
The Pakistani army is terrorising Baloch with military operations, abduction, torture and killings on a daily basis. The mutilated bodies of Baloch civilians are often dumped in ditches along side roads.
On the day before the strike, June the 5th, Pakistani forces started fresh military operations in the Bitti, Nodhan Goht and Kattan areas of Naseerabad Balochistan. Also on this day alone one person was killed and one injured in Quetta and houses were looted in Naushki Balochistan. In another area, Qadirabad, another man was killed and thirteen people were abducted by military forces.
Reporting like the 5th of June are not exceptional. It is daily reality for the Baloch. Even with this reality the Baloch do not give up their struggle for freedom and protest against the oppression as they did on the 6th of June with a massive strike.
AV: By A. Bechthold, I.Baloch contributed reporting
Comments