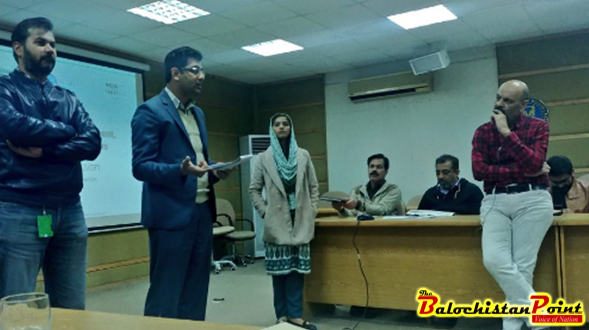 Collaboration of NUML and Mishal Pakistan seeks to train and educate not only journalists and reporters but the faculty of media studies of the university. This is to enhance the capacity of the teaching staff, making them aware of current trends and issues in Television Newsroom Management, Workflow and News. More than 20 faculty members participated in the week-long training session.

Mishal Pakistan is playing its part in promoting media ethics through various initiatives involving journalists and media houses.  The team Mishal has more than 20 years of experience in news management and media development, editing and organizational leadership at the national level. Mishal has the credit of training more than 3000 journalists on various verticals of journalism in socio-economic and political spheres.

2018-01-26
admin
Previous: Students clash: The miseries of Baloch and Pashtun students in Punjab University
Next: A mega event of Trade Coin club to take place in Quetta