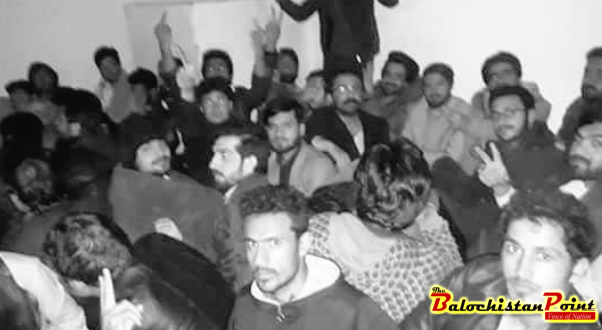 Students clash: The miseries of Baloch and Pashtun students in Punjab University

The Punjab University is one of the highly ranked universities as compared to the universities in other provinces but students from Balochistan, Khyber Pakhtunkhwa, and Sindh  are confronting sets of crisis in the institutes of Punjab province. The current incident of Punjab University more exacerbated the pains of Baloch and Pashtun pupils, and the awkward activities of Islami Jamiat-e-Talaba would spread the destruction and chaos in the educational institutions.

The fiasco of police inside the educational institutions is a question mark that how freely the hooligan groups of Islamia Jamiat-e-Talaba attacked on innocent students. Surprisingly, the role of police was heroic when they reached on battle field and rescued the injured Baloch and Pashtun students. Instead of hospitals, the police put them in jails and torture cells.  The current vulnerable attack is not a new story of said goons.

Ironically, over and over the students from Balochistan have been dubbed as looters and thieves. They have been expelled, pestered and downtrodden in various institutions of the Punjab. And now once again the pupils have been tortured-cum-expelled and put in prisons. Some blunt questions which are annoying and suffered us in agony, are they terrorists? Are they law breakers? Did they mar the serene or did they impose gun culture in the educational institutions?

Please watch a #Pashtun tortured in #PunjabPakistan
He says, “I was kidnapped tortured abused, abuses to #Pashtun Nation and now I want ask #Pakistan if I will get justice or a Gun?”
He didn’t commit any crime, his only crime is being a #PASHTUN in #Punjabistan
(Part-2) pic.twitter.com/Pf7VoNamIP

Khawaja sb, it’s UNFAIR that instead of arresting culprits of #Punjab Uni , Police arrested over 100 Baloch & Pushtoon Students – majority have their exams tomorrow. Please intervene and ask Lahore police to refrain from discriminatory actions and release all arrested students. https://t.co/PW7ZHt3jrY

To be noted, the suppressed nations can never be trialed. Balochistan is a black hole for the education system. Moreover, the nuisance conundrums of Balochistan compelled all those who wanted to make it a serene abode for their offspring. It is very painful for us to explain the issues of Balochistan in few clauses. For it, hundreds of thousands of books are not enough to digest the stumbling blocks in their chests. Education is a copious phenomenon for the masses of Balochistan.

The reckless steps of administration and educationists have ruined the image of Punjab Universities in the country and the CM of Punjab should take serious notice against perpetrators.

To sum up, our whole education is past oriented. All our doctrines, ideas and ideals are taken from the past. The past is that which is dead and gone. It is dire need of reforms and ideas.