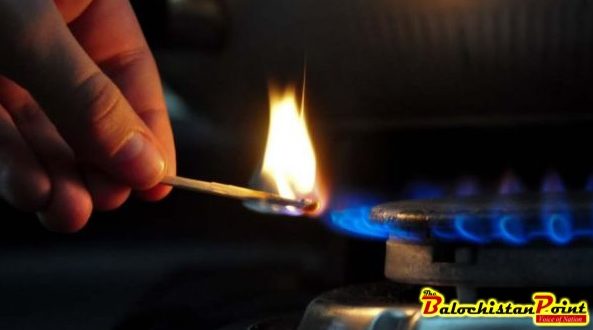 Natural Gas was discovered at Sui, Balochistan in 1952 but the gas pipeline to district Kalat was laid by the government of Gen Parvez Musharaf in 2006. Ironically, very soon people faced low gas pressure after only one year of its inception. By the time, Gas pressure decreased to a very low point. Unfortunately, as the time Passed, Sui Southern Gas Company (SSGC) stopped the supply of Gas to Kalat district.

Though the public protested strongly against SSGC for the unavailability of Gas in most of the areas and low pressure in the city, yet no remarkable measures were taken by the concerned department for the solution of this problem. However, government laid one more pipeline to Kalat district for ensuring the supply of Gas to Kalat and launched operation against the illegal connections, yet the supply of Gas was not ensured.

People have been facing several problems due to the low gas pressure and the unavailability of Gas for a long time. They have been forced to buy wood and LPG (liqued petreum gas) for domestic usage   getting heat in cold season. Poor cannot buy LPG and wood as well.

This has also been observed that poor children wander in the streets and market for collecting papers and small pieces of wood. They tremble in the cold weather due to shortage of any fuel.   Many people are compelled to migrate to the other cities in winter season owing to this issue. Thus, this burning issue has deteriorated the conditions of Kalat District and created hurdles in the way of progress.

Talking to the Balochistan Point, president of the Traders Association Kalat Mir Munir Ahmed Shawani denounced the vicious acts of SSGC. “SSGC has adopted a biased policy with the public of Kalat by depriving the people of their basic right.     It did not take any significant step for the ensurance of Gas supply, even it did not change its policy and attitude,” Munir Shahwani told.

“The people face much difficulty in cold season due to the in unavailability of Gas. They protested a lot but even then they could not receive any positive response. The concerned authorities have to review their policy to solve this problem on immediately,” Munir Shahwani added.

Ali Ahmed, A civil society member told this scribe that it was violence against  the public to deprive them of  their basic right for which they pay bills. “All fields of life have been affected due to the alternate fueling system in winter season. There are such people who cannot pay the high amount of bills, LPG and wood and cannot migrate to the other cities as well; therefore, they were passing a miserable life.”

“We requested the GM of SSGC in a meeting held in Deputy Commissner office recently to supply Gas to Kalat and solve the problem of low pressure of gas; GM ensured us of solving the problem but no active measures have been taken in this regard yet,” Shared another civil society member on condition of anonymity.

It has been demand of people that Sui Southern Gas Company (SSGC) should ensure the high gas pressure and supply of gas to the all areas of Kalat district. It ought to take effective measures to solve this burning issue so that people of Kalat may depose of problems caused by the low Gas pressure and in availability of Gas.

2018-01-26
admin
Previous: Ship Breakers have to play their role for the welfare of labors and local people at Gaddani : Commissioner Kalat
Next: Students clash: The miseries of Baloch and Pashtun students in Punjab University