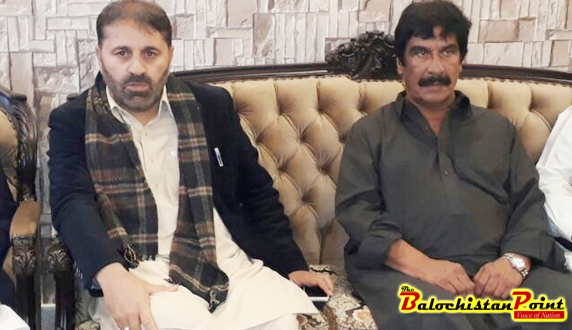 Ship Breakers have to play their role for the welfare of labors and local people at Gaddani : Commissioner Kalat

GADDANI: Commissioner Kalat Division, Muhammad Hashim Ghalzai has said that Ship Breakers have to play their role for the welfare of labors and local people at Gaddani. He expressed these views while addressing a meeting with government officials and Ship Breakers at Gaddani here on Thursday.

Commissioner Kalat said that it was prime responsibility of Ship-Breakers to ensure safety of workers.  “Despite the promises by ship breakers to repair main road of Gaddani it has not been done so and the presence of Fire brigade has not been ensured against the assurance.”   Hashim Ghalzai said.

Hashim Ghalzai added that a proposal had been sent to register laborers s with EOBI, adding that a meeting would be conducted with labor representatives and concerned department to discusses the labour’s issues.

“If a worker dies on any plot, no case will be filed against ship breakers but the negligence will not be tolerated,” Commissioner Kalat added.

Former chairman ship breaking Rizwan Dewan briefed about the safety measures at ship breaking yard of Gaddani. He said that workers were being given the required health and other facilities.

Chairman Abdul Hameed Baloch said that no actions have been taken for establishment of Gaddani Hospital. DC Lasbela suggested that a burn center should be established at the hospital.

2018-01-25
admin
Previous: IJT attack on students in Punjab University and the biased role of media and police
Next: No Gas pressure by SSGC creates several sufferings for people in Kalat