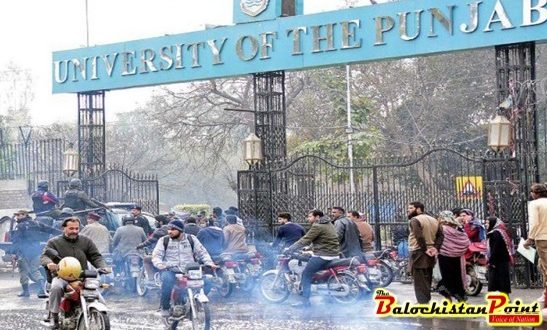 I am a witness as well as victim of the recent scene and it surely gives me privilege to make judgments.  Ideological clashes between Islamia Jamiyat-E-Tuluba (IJT) with all other provincial student councils, yet again led to the physical fight as the members of IJT in a sociology department vigorously grabbed Pakhtoon student (while he was busy in his paper) from his class and was harshly beaten and misbehaved with the teachers too.

I am compelled to refer: clash between IJT and student councils’ rather than saying a ‘clash between two groups of students? Well the situation has compelled me to do so.

I witnessed IJT members being protected by policemen, supported by prominent media channels through biased, unfair and subjective dissemination of news. None of their member was seriously injured, negligible were arrested and nominated for their wrong-doings. When the students were being individually targeted by IJT members the Police stood merely as a silent spectator.

On the contrary, Pakhtoon and Baloch students were targeted and beaten by police particularly boys wearing traditional Balochi dress were arrested from their rooms in university hostels, without any media coverage, resultantly many were seriously injured, mentally disturbed and were arrested. Beside it the student of university were psychologically affected.

The question arises that why did not the media channels and Police department treated both the groups merely students? Why the protector of individuals in a society, even under the debts of public acted as political puppets?

Instead of curbing the issue they just added fuel to the fire without noticing their attitude and considering its repercussions. They consciously or unconsciously strengthened the ‘separatists cause’, did they noticed what message they are conveying to the people already working for separatist cause? They surely did not realize the repercussions of their behavior in an incident that might become a “congress ministries of 1937 giving birth to hundreds of Quaid’s, as the behavior during congress ministries was the sole reason for Quaid-e-Azam which compelled him to be a separatist.

The writer is Msc. student in Punjab University Lahore.

2018-01-25
admin
Previous: UNHCR PAKISTAN: No changes to Afghan refugee school textbooks in Pakistan
Next: Ship Breakers have to play their role for the welfare of labors and local people at Gaddani : Commissioner Kalat