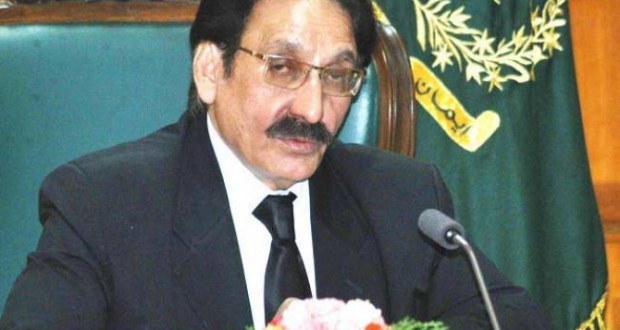 Islamabad: Chief Justice (CJ) Iftikhar Muhammad Chaudhry has remarked severe punishment be awarded to the accused persons but all the family members be not subjected to injustice.
He further remarked “ we had earlier decided that the undercover persons will not be brought to fore. But the patience has now run out and we will not care for any one. We have heard too much stories.
Missing persons issue will not be  resolved through task force. Government will have to enact effective legislation. Government is leaving all the matters with the court.
If it is so then government should give in writing that it can do nothing. However we will see how the missing persons are not recovered. Government will have to pay all the expenses to those who are wandering hither and thither in distress in quest  for their dear ones. Stern action be taken against the accused persons but their family members be not subjected to injustice”.
CJ was presiding over a 3-member bench of Supreme Court (SC) during the course of hearing of missing persons case Friday.
Justice Jawad S Khawaja remarked “ missing persons cases have taken away our peace . How much more injustice will be done to the people who are spending sleepless nights since long. This has now reached its peak. For God’s this should be stopped now”.
The court while giving deadline of August, 6 to IG Khyber Pakhtunkhwa (KP) ordered him to produce Khair ur Rehman who has gone missing from KP on this cut off date come what may.
The court in the case of missing person Sajjad Ahmad directed IG Punjab to initiate proceedings against the police officers who have not cooperated with law officers and submit report in the court.
The court also sought details of proceedings of first meeting of task  force and policy.
Additional Attorney General (AAG) Tariq Khokhar told the court government has constituted task force under interior secretary for recovery of missing persons. Task force has started its work initially in connection with recovery of 90 missing persons. He presented the report before the bench.
CJ remarked “ if there is any important case today it is case of Khair ur Rehman. CJ inquired from IG what he has done in this case.
IG told the court FIR has been suspended and investigations are underway.
CJ observed “ we have reservations in respect of sister of Khair ur Rehman. What has been done it is wrong.
IG said FIR has been cancelled and accused has been arrested.
CJ remarked “ Afghan was facilitated to escape in return for Rs 1.2 million while Khair ur Rehman is still missing and he is not in police custody. KP is facing several problems. Prisoners have escaped. IG Punjab has produced the man within 24 hours and it is a different matter if he is released or not.
CJ observed “ we are giving another chance to IG to take action against the accused persons, recover Khair ur Rehman and present him before the court on August, 6.
The court also heard case of missing person Sajjad Ahmad. AAG Tariq Khokhar told the court the missing person Qasim is not in Multan cantt.
CJ remarked “ we have already heard several stories of yours. Go to joint investigation team and tell it that this matter be resolved and give us the man. Call him whom you have contacted and get record his statement. It does not seem to me you have to make any progress.
CJ remarked son of Khanzada was picked up and his identity card was found. As to how you are going to work. Why the inspector was not showing file to our law officer. What is such thing therein that you cannot reach the missing person.
Justice Jawad remarked “ at least there are 600 families whose sons have gone missing since the last 6 years. They have now glimpsed ray of hope that their sons  are alive. How much enormous this injustice is.
The court also heard missing person Farhaj case. IG Punjab appeared before the court and told that efforts are underway for recovery of Farhaj. More time be allowed.
The court allowing him time till August, 6 adjourned the hearing of the case.

Published in The Balochistan Point on August 2, 2013