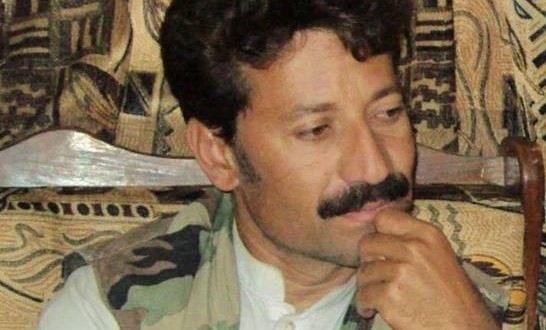 The truth of threatening a Baloch journalist

Baluchistan, where Journalists lack ownership and support from media organizations and  confront number of hurdles.  Currently Balochistan has become a battle field for journalist because on daily basis journalists receive death threats from different armed groups, professional criminals and secret agencies of the state; however, the responsible authorities and media organizations do not take theses issue serious, which results the murder of journalist or they give up their profession.

Journalistic activities in several districts of Baluchistan have been dormant due to the ongoing human rights violations, unfortunately, on national and international level; there is no enough awareness about this phenomenon. When the journalist report human rights violation, they are threatened or alleged for the works which they really do not do.

The situation still continues in Balochistan. One of the instances is writer’s own (Altaf Baloch), I report from Kech district Balochistan, one of the sensitive districts regarding law and order situation, where professional criminals, security forces and militant organizations are actively working to meet their tasks.

Two months ago a videos was uploaded on facebook, in which someone interviewed a woman who had been sexually harassed in Kech. In response to the circulation of this video, unknown armed men on June 17th, 2013,  in Kor-e-Posht of Bit Buleda killed a  Balochi language poet Mr. Gulzar Riaz. Mr. Gulzar Riaz was allegedly killed for uploading the above interview of women   on facebook.

On 7th July I received an unknown call saying that I had assisted in circulation of a SMS against torturing a woman and assisted in publishing her Interview on facebook. Then they threatened me to count my days of life. Since that I have been suffering from extreme apprehension and tension.  Now the regular death threats have forced me to whether give up my profession or be hidden somewhere.

On the one hand the reporters and professional journalists confront problems due to professional criminals and state patronized groups on the other hand the Baluchistan tribal elements are also serious threats to journalism. The tribal elements that are mainly involved in politics, they do not tolerate freedom of expression.

We consider Government responsible for all circumstances in Balochistan because the government still has not been able to protect journalists. The failure of responsible authorities proves that now the international community should take notice for the safety of the journalists in restive province of Balochistan.

Published in the Balochistan Point on July 31, 2013