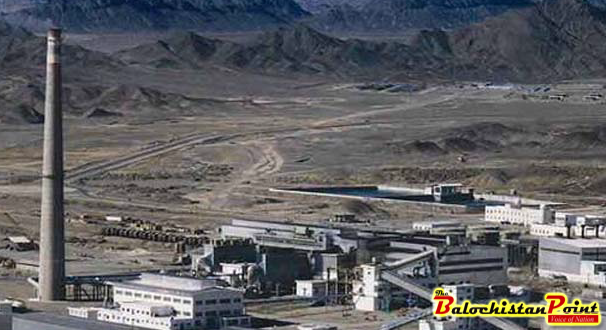 In the far away hills of Balochistan, there exists a place named as Saindak, which shares border with Iran from one side so on the other hand the long border of Afghanistan connects it. The huge amounts of Copper and Gold reservoirs   are present in Saindak. Saindak was given to a company “MCC” of China in 2002 which is from the last 15 years is working on the site.

As the Saindak is a small town and the people depend on the said project. Due to security reason the borders of Afghanistan and Iran are totally sealed by the Frontier Corps Balochistan and other law enforcing agencies which has caused great loss to the business. No business has left except the transit, which is being run by the business tycoon and an ordinary person is not capable to of the same. In these circumstances the said project is the only source of income for the people.

Unfortunately, since the said project started, a specific group has occupied the same, who only concern their own benefits and have totally ignored the local people of the area. The said group has developed such impression that the project is being run by the Chinese authorities and being uneducated the local people are believing them and are tolerating the injustice done to them, whose simple example is that from whole Saindak village the number of employees are not even 100 persons of local inhabitants.

However, now the young people have gathered and are determined to raise their concerns of rights. Initially they were restrained to meet the Chinese with different pretext but on 2nd March 2017 on public the people of Saindak had a meeting with authorized Chinese Officer and shared their reservation where he assured that preference would be given to the local people in jobs.

If Chinese enhance relation with local people so a great impression will pass from them, because young people’s objective is to solve the problems of the area which is an active group and is trying to bring the great image of company.

2017-05-06
admin
Previous: Crossover to bring more than USD 20 Million per Year worth of jobs to Pakistan
Next: Letter: High use of tobacco in Pakistan