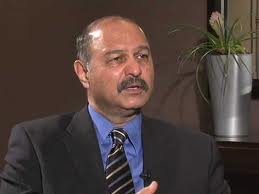 He was talking to the media men on Sunday to share his experiences of the first-ever visit of the parliamentary Defence Committee to the Balochistan coastal cities of Gwadar and Ormara.

The senator said Pakistan’s economic future lies in development of the Balochistan coast, particularly the port of Gwadar, and urged the Government to strengthen and upgrade Pakistan Navy, given its pivotal role in maritime security, development and national integration all along the 700- kilometre coastline.

He urged the Government to invest in the area, while welcoming the effort to revive the Gwadar Port after the commercial agreement with a Chinese company to run this deep-sea strategic port.

Responding to a question, Senator Mushahid Hussain welcomed the arrival in Islamabad of the Balochistan Long March. He praised the Long Marchers courage, tenacity and determination, and expressed solidarity with the relatives of missing persons of Balochistan who have reached Islamabad through their historic Long March.

Published in The Balochistan Point on March 3, 2014