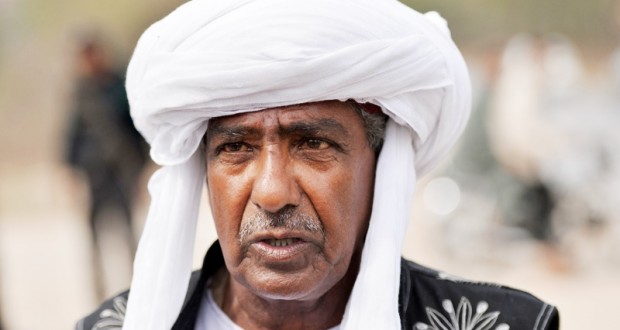 UN’s delegation visit to Pakistan as a fact finding team to investigate the cases of “enforced disappearances” plaguing the country at the invitation of the government did not forget Baluchistan, besides. UN’s delegation despite hearing directly to the victimized families rushed to state’s authorities as it has been affirmed by the interior minister of that time that the situations are narrower and the members of the delegation may get harm if they visit the entire region of already disturbed Baluchistan.

Consequently, the delegation which was on 10-days investigation decided to stay in a hotel named ‘’Serina’’ in the provincial capital Quetta. On the eve of this BHRO has conducted a protestation for recording a remonstration to notify about all the team regarding baloch missing persons and slain that the families of disappeared and killed admitted in the hands of inter-service security intelligence.

As being one of the eye witnessed I assumed the whole family members were not allowed to meet with the delegation firstly but many requests made by Mama Qadeer Baloch eventually let somehow 15 to 20 individuals of missing persons to meet the delegation mentioning truly about the disappearance cases and after hearing to the assumptions from baloch the team has assured for a safe release of the abducted ones by hook and crook have gone missing since the emergence  of Musharraf’s tyrannical regime.

By the passage of time, as the eyes of waiters were filled of tears and waiting for justice got all attempts in ruin however, the team came from UN did nothing in safe release of the missing persons and accompanying this the list of missing gradually increased unlimited and throwing dumped bodies in the barren mountainous areas as well reached to almost 20000, admitted by Mama Qadeer Baloch vice chairman (VBMP). But having high anticipation the companions of reverend Mama Baloch didn’t surrender whether they intensified their emotion and embarked upon a historic walk on foot through the hazily mountains, via the fear-provoking forests and from the plan-sandy areas, adjacent to the swarming roads to seek justice despite the intimidations from different sources, after all seeing all previous attempts inconsiderable.

This response from exceedingly autonomous organization couldn’t slacken the audacity and vision of the strugglers who are attempting for a safe appearance of the abducted ones on the platform of VBMP. However, in spite waiting for a miracle they managed to launch press conferences and ceremonies on the topic of various forms that discuss the concern towards the missing persons, dumped and slaying policies in Quetta and Islamabad respectively. This was only the way felt by them triumphal in spreading awareness about the brutalities and violation being committed by free given handed authorities.

Sometimes for assurance the chief justice of supreme court bothered to take notice over it and set on different bunches to do something in solution of this appalling situation but the courts decisions by the interval of time denied as none from the concerned officers attended the summons before court after receiving many appearance litters.

Seeing the case of Missing Persons taking oath as the chief minister of Baluchistan Dr. Malik Baloch delightfully stated in a press conference that their first top priority to be given that is to solve the long lasting issue of abducted ones but the report that came into disclosure from Dr. Malik in a press conference in Karachi that they couldn’t bring safe the missing persons which is a sort of failure of his party.

Undoubtedly, the worth mentioning question to be answered is that ‘’ why Dr.  Malik’s government couldn’t do something’’, as they were called Baloch and every intellectual was fathoming it a successful move by Mian Nawaz Shareef selecting him as the head of most perturbed province to solve the problem of Missing Persons where a triumphal secessionist movement has emerged demanding Balochistan as a sovereign land.

The members of the abducted families whenever felt their cries in wilderness they initiated protesting in a way that would ever be in favor of them but the authorities who are alarmingly responsible of it deliberately kept deep ear to the voice of children of those all vanished persons.

Resultantly, the determination of the esteemed members let the courage of all to move ahead in search of justice and embarked upon a 2000kilometers walk alongside the intimidations put on the blistered foot of marchers by the equipped men.

All that promises made in safe release of the abducted ones were broken senselessly and still 10 years old Mehlab awaits for his disappeared father arrival and Haider Ali, who himself saw the illicit abduction of his father when they were together on the way to home from Gwadar, expects for a positive sign but who can hear to the innocence of Bueragh, whose father ‘’ Jalil Reki’’ was ostensibly killed by the intelligence authority and he is on the way with his grandfather, Mama Qadeer Baloch  in search of other abducted Baloch.

So, now what to do more with the victimized families, they came to the capital where the gorgeous building of Supreme Court is situated and the protectors of legislation including the fabricators aboding over there undoubtedly be counseling for an operative solution.

The marchers have already betrayed and their beloved ones whereabouts are mysterious which not only frustrating them as well keeping them dubious circumstances  where they are alive or slain, by way of the mass graves discovery which were so-called of the missing persons by the provincial minister Ramat Saleh Baloch.

By the end VBMP’s journey on foot in seek of justice after travelling almost 2500 punishing kilometers reached to the door of UN in Islamabad to present the list of martyred Baloch and missing as they have no faith in local authorities anymore, admitted by Sammi Baloch daughter of missing Dr. Deen Mohammad.

Let us hope for an optimistic response from UN in favor of the missing families and entire nation whose wealthy land cries for justice where human rights violations speak all about the brutalities being committed to daunt Baloch where the secessionist movement intensifying in a great extent.  At all hope is everything that the braved marchers of VBMP shown despite many bottlenecks on the way in search of justice. Baloch nation wants a positive response from the UN to be played in favor of the walkers who today come for nocking the door of an organization whose motto at all declare what for the body is. Ahead there is not any mean for that to whom the marchers be hoping anymore, hence do something UN regarding the international laws in concerns, If not then the hope sustains.

That is the great American poet Emily Dickinson says,

‘’Hope is the thing with feathers that perches in the soul – and sings the tunes without the words – and never stops at all’’.

Published in The Balochistan Point on March 3, 2014

2014-03-03
admin
Previous: What Is This Country Hiding That It Has To Ban British Journalists?
Next: Mushahid urges PM to meet Mama Qadeer Baloch, missing persons long march team.