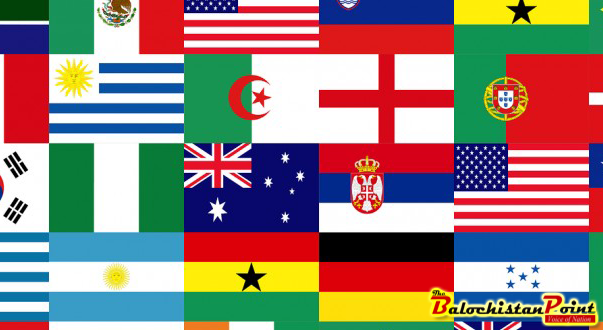 Two well-versed Political Scientists, Most a Rejai and Cynthia H. Enloe, collaborated to produce the good work on Nation-States and State-Nations and what a nation is. It holds that a nation is cohesion of a larger group of collectivities bound together by such traits as common language, customs, destiny, tradition, race and religion; whereas, none of these factors may exist; but, the fact is the masses believe they do. Analytically, differentiation is made between nationalist Ideology and Nationalist movement; the former stands for self-conscious, psychological state of mind towards a given nation while the later refers to an action-oriented organizational constituent of nationalism. There are a few distinctive characteristics of nationalism i.e. the process of constructing a nation is “formative nationalism”, the process of exaggerating a nation is “prestige nationalism” and the process of extending and annexing the national boundaries by conquests is known as “expansive nationalism”. The nub of the entire essay lies in explaining the difference between nation-states and state-nations.

Broadly speaking, 19th century Europe saw a surge of nations forging states while the 20th century Asia and Africa saw precedence of state-structures creating nations. Meantime, certain exceptions and qualifications do exist; preexistent monarchical state preceded nation-formation in France for example, while Iran and Turkey are classic examples of nation-states. Then, there are the upward-downward patterns of sequence in the cultivation of nationalism. In the nation-states, nationalism is popularly-based and directed upward while in the state-nations, it tends to be officially based, nurtured at the top and directed downward. The essay underscores the importance of industrial revolution which created bourgeoisie that later on demanded its rights. Without industrial revolution, nations would not have been born. French revolution brought nationalism and democracy.

Dawn of Napoleon coupled with the tendency of militarism and expansionism soon undermined and replaced democracy with autocracy. In addition, the non-western nationalism is an outcome of westernization. Intellectual elite also played a dynamic role in nonwestern nationalism. Countries marked by cultural polarization try to foster sense of commonality by promoting economic projects. Dependence on economic factors for realization of nationalism calls for modernization. Nationalism encouraged modernization in Europe while in Asia and Africa modernization is capitalized to nurture nationalism. Because mobilization is essence of nationalism as well modernization requires pooling of resources, so the new state-nations have largely tended to hinge on instruments of organization. Moreover, postcolonial countries mostly depend on manipulable ingredients for cultivating nationalism as they continue to be short of givens. Current world is faced with a paradox: western as well as nonwestern states on the one hand are striving for regional integration such as formation of European Union, Asian Development Bank, the Association of Southeast Asian Nations and the organization of African Unity. On the other hand, countries like Britain, Canada, and Belgium are suffering from internal stress for nationalism. This paradox permeates all parts of the world and till date.

There are differences between nation-states and state-nations. They rightly underline the upward-downward patterns of sequence of cultivating nationalism. Culturally fragmented postcolonial countries like India, Ghana, Indonesia, and Pakistan continue to uphold official nationalism nurtured at the top. Being short of givens, the postcolonial heterogeneous state-nations lack unified social and cultural bases. To fill this gap, they largely tend to hinge on manipulable components. Moreover, the argument that the intellectual elite in the nonwestern world tends to have a larger than life role in forging nationalism also stands true. Prime movers of the independence project of Pakistan predominantly constituted the educated elite of Aligarh College and university. Writers’ contention that the French revolution marked the beginning of nation-states is also reasonable as post-revolution era saw a surge in nationalist movements which ended in creation of number of nation-states. Also the statement that Non-Western nationalism is to a considerable measure a reaction to the imperialism of the West holds water. Colonial people for a long time had been making organized efforts to throw off imperial rule. End of Second World War enfeebled most of the imperial powers and marked the end of colonial era thereby resulting in widespread emergence of state-nations.

Apart from positive aspects the writers exaggerate the differences between Western and Non-Western nationalism and happen to be marking them off into a water-tight compartmentalization. An objective appraisal of both strands of nationalisms would indicate the fact that the two also share certain commonalities too. Both strands of nationalisms suffer from superiority complex. Both also have a common cause of achieving territorial integrity and preserving respective sovereignties. Interestingly, the Non-Western nationalism may be seen as a breed of Western nationalism in that the introduction of western ideas, institutions and education fostered an entrenched sense of separate identity and self-consciousness among the colonial people. Another limitation of the essay is that it almost in absolute terms maintains that the nationalism of the postcolonial state-nations is officially sponsored. It is nurtured at the top and then filtered downward. Close inspection of historical developments in the colonial areas sheds light on the reality that there had occurred a number of popularly-based nationalist drives to overturn the colonial rule and establish a state based on unified nation. The notion that the state-nations are largely characterized by heterogeneity and the nation-states of the West are homogeneous also does not hold much ground. French revolution to a substantial measure crushed the local languages being spoken in France and destroyed their culture. The revolutionaries forcefully imposed French culture and language on the natives. Many nation-states of the West continue to face stiff indigenous resistance movements as well. Specter of secessionism haunts them. Quebec in Canada, Scotland in Britain and the like movements in Belgium are the cases in point.