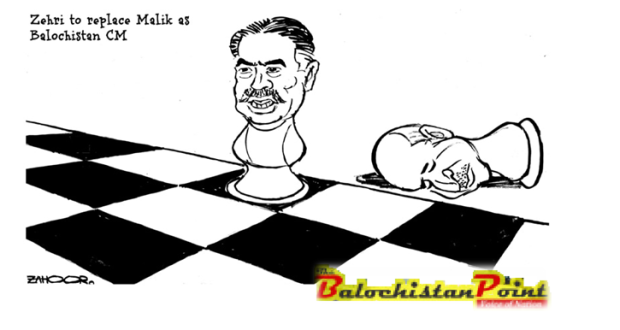 IT was only with the greatest of reluctance that Sanaullah Zehri, 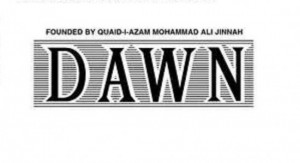 It took the personal intervention of Prime Minister Nawaz Sharif and, as emerged a year later, a written pledge that Mr Zehri would in fact ascend to the chief minister’s office at the halfway point of the present Balochistan Assembly for the provincial PML-N chief to accept Dr Baloch as chief minister first.

In the turbulent world of Balochistan politics, two and a half years is a political lifetime — and Dr Baloch used his time well to seemingly make himself indispensable to both the political government in Islamabad and the military establishment, which effectively still controls and sets national Balochistan policy.

Yet, Mr Zehri would not be denied and Mr Sharif has not gone back on his word. Balochistan is to have a new chief minister — Sanaullah Zehri.

Balochistan now has the unwanted distinction of, in this era of democratic transition, not having a chief minister in successive assemblies complete his term.

Dr Baloch has certainly been an improvement on his predecessor, reaching out to disaffected Baloch and separatist leaders in a bid to solve the province’s festering security problems.

But the outgoing chief minister was unable to achieve any public breakthrough and now the baton has been passed on to another tribal leader, Mr Zehri.

Clearly, the incoming chief minister considered the post one he absolutely must have, no matter the price. But does Mr Zehri have a plan?

The most obvious question is whether a senior tribal leader will be able to continue the outreach to non-tribal separatists.

Even with fellow tribal leaders in exile, the politics can be byzantine and personal relations complex, leaving it uncertain if the replacement of the dynamic Dr Baloch will be a net loss or a net gain.

The new chief minister will also have to prove that he can deliver on Balochistan’s chronic governance deficit. It remains to be seen if Mr Zehri is up to the task.

Ultimately, however, the success or failure of Balochistan’s new chief minister will depend on the role the military establishment plays. Having made known its preference for Dr Baloch staying on, it is a political triumph of a kind, for Mr Zehri at least, for the army leadership to have accepted the change.

Yet, it has long been obvious that who has the chief minister’s seat and who calls the shots in the province are not necessarily the same thing. Balochistan deserves better. The opportunities that Abdul Malik Baloch helped create need to be sustained and seen through to completion.

Republished in The Balochistan Point on December 13, 2015

Disclaimer: This editorial was published in Dawn  and The Balochistan Point not necessarily agrees with it.