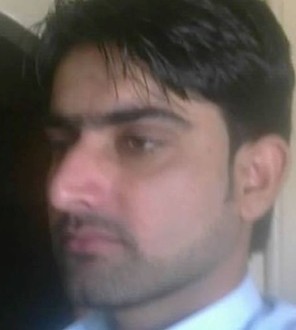 Boko Haram is basically an Islamic extremist group opposing Western education. They began with activities on a smaller scale which included attacking and then escaping. Majorly affected were clerics. Later the activities grew up into attacks on churches, police, army and political authorities. In its major attacks the UN office and central police were targeted in the Nigerian capital Abuja. In reaction many Boko Haram hideouts were targeted; which caused lot damage to the extremists.

Despite targeting the clerics, Boko Haram also started targeting the local people, which resulted in many burnt villages. Almost 1500 people were killed. Except the burning of villages many school were also targeted. Yet only girls were killed and boys were given chances to flee. And now the recent case of the abduction of girls from Chibok. Probably these extremists don’t know in which perspective the world sees them! Still the Nigerian government hasn’t been successful in the release of the girls and recently a video was also released filming the girls in Burqas, reciting Quranic verses. The exchange of prisoners with the girls was also demanded by the Boko Haram leader Abu Bakar Shekau.

Similar story has been repeated in last few weeks in the province of Balochistan in Pakistan; where a pamphlet was circulated to all private schools and English language Institutions by the Islamic extremist group Tanzeemul Islamul Furqan. The pamphlet was against girls’ education and demanded their closure. It claimed that studying English was against the Islamic Sharia laws. They said that if the schools are not closed, teachers and owners of the schools would be responsible for the consequences.  Even school van drivers were demanded to quit providing transport to the girls.

If we observe both groups hold particularly same initiatives. Hence once a school van was burnt and a school teacher was murdered along with five other members of his family, which included women and children. His only fault was that he was determined to provide girls with education.

At this point private schools are shut due to the fear of being killed and many girls are kept inside their houses. The highest numbers of schools are closed in the districts of in Panjgor , Turbat and  Makran, Balochistan.

Having all such situation the weirdest thing is that the provincial government and national government is not that serious about it. Where they need to handle the situation critically, Chief Ministers’ educational advisor Raza Muhammad Barich stated that such things also happen in Europe, schools are closed for a few days and then after some while things get back to normal. Through this statement it is obvious the concern of the provincial government for education. Yet the national government hasn’t even given a condemnation statement. Probably they are happy with the situation. Maybe they don’t have anything to do with girls’ education.

Balochistan itself already has deprivation of education and these Pakistani Boko Haram are making it worse. I appeal to all education supporters to concentrate on Baluchistan along with Nigeria, so that girls’ schools and English language institutions are re-established and education is free of fear.

Published in The Balochistan Point on May 26, 2014