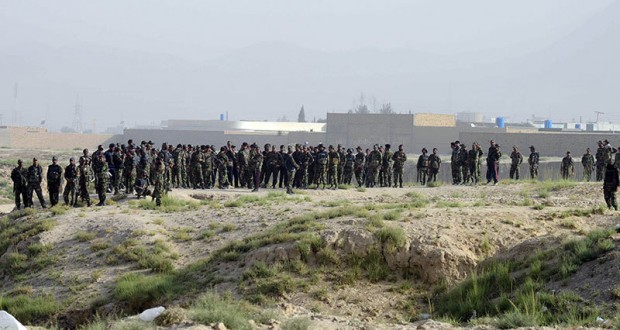 Quetta: At least 10 militants were killed and 11 security personnel were injured during the operation early on Friday at Samungli and Khalid airbases in Quetta.

The militants had attacked the Samungli and Khalid airbases in Quetta. The security personal have also arrested one injured militant and shifted him to an unknown place for interrogation.

The exchange of fire continued between security forces and militants   for four houses, where attackers had also fired seven rockets that landed in the premises of the two airbases.

Describing the  incident , Station House Officer Airport Police  Athar Rasheed  said,   “The  militants  were hiding  in a Nalla Known as airport  Nalla  and wanted to precede either Quetta International  Airport  or Samungli Airbase   for a deadly attack.” Security forces from airbase opened fire after they spotted the armed men and their suspicious movement which were around half kilometer from the base.

The armed men opened fire on Anti-Terrorism Force (ATF) and Frontier Corps (FC) when they tried to get closer to the attackers.

Quetta Police said they were informed by Pakistan Air force about the presence of terrorists calming heading towards airport and airbase which are locked outskirts Quetta. Frontier Corps (FC) and Anti-Terrorism Force (ATF) cordoned off the area and began operation against terrorists.

According to the Balochistan police Chief Muhammad Umlaish the forces had concluded the operation in Quetta. In the operation 10 militants were killed and 11 security personnel were injured which lasted for more than four hours. All injured shifted to the Civil Military Hospital in Quetta cantonment.

Muhammad Umlaish said that 11 rocket launchers were recovered from the Khalid airbase while a huge quantity of arms and ammunition was recovered from the Samungli airbase. “All entry and exit points leading to the airport and airbases are being strictly guarded,” He added

Dawn, a leading English newspaper in Pkistan has  reported that  the Ghalib Mehsud faction of the outlawed Tehrik-i-Taliban Pakistan (TTP) claimed responsibility for the attack on the Samungli and Khalid airbases in Quetta in which 10 militants were killed by security forces. Ghalib Mehsud is the leader of Fidayeen Islam which is the suicide wing of the proscribed TTP.

Published in The Balochistan Point on August 15, 2014

2014-08-15
admin
Previous: The Role of youth in the development of Balochistan
Next: Missing Persons conundrum in Balochistan