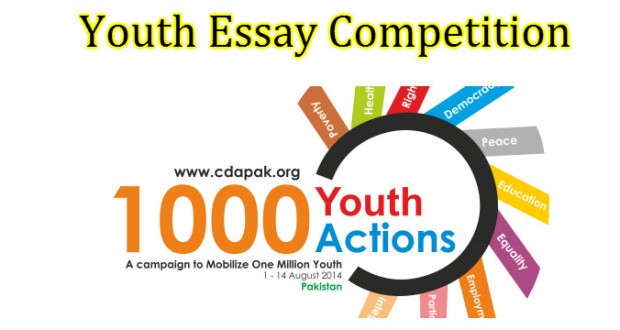 The Role of youth in the development of Balochistan

“Enlighten me with the flames of my youth!” echoed a voice around the mountains of the province forming 43.6% area of the country. The voice travelled from the barren arid deserts to the 760 kilometers long coastline, from the vast plains of scattered population to the mineral rich districts and from a few urban and to incalculable rural communities.

Several years ago some similar words and initiatives of “Baba-e-Balochistan” Mir Ghous Baksh Bizenjo and many other young Balochs inspired and set a fire in the hearts of Baloch youth. For the first time in history of Balochistan a unique fire drove the underprivileged youth to bring the breeze of change in their stone-aged region.

Though the youth in Balochistan have never been fortunate enough regarding opportunities and political commitments but often self-driven individuals set outstanding examples with their efforts as minor steps towards massive development.

As a classic phrase, the more something is deliberately pushed backward, the further it steps eventually. Precisely barriers have always existed here to discourage the youth nevertheless barriers and hindrances modified into strengths, bridged distances and linked thousands of Baloch youth for the vision of progressive Balochistan.

Lack of interest from government over the years brought great challenges hence the youth got a greater share of responsibilities. Today when social disruptions, illiteracy, political restlessness, less media coverage and economic crisis bother communities in Balochistan, young educated individuals take a stand. They don’t only inspire a greater number of youth in Balochistan but set exceptional examples for the entire world.

As Khalida Brohi raised her voice against centuries-old tradition of Honour killing when she was only 16, eventually this young Baloch’s efforts were recognized by UNESCO (United Nation’s Educational Scientific and Cultural Organization) during the international youth year 2010-2011. With her social work today she has succeeded in benefiting more than 3000 people in Balochistan. No doubt hundreds of youth followed her in the battle to uphold youth’s role in protection of basic human rights.

The youth of Balochistan couldn’t ingest the bitter truth when the British Council Pakistan’s Education emergency report delineated that with the existing pace of growth, Balochistan will not be able to reach the United Nation’s Millennium Development Goals for education even in the coming one-hundred years.

Hence the educated youth who had already been working toward the education sector amplified their self originated projects of private schools and English Language centers even in very remote areas of Balochistan.

Barkat Ismail is among those youngsters who dedicated his skills and knowledge to his community. Founding the very first English Language center of Makran in 2001, he later founded the Delta School in 2004, after completing a course of teachers’ professional development from US.

Today Delta is among the very few schools of Balochistan where the cheating culture in board examinations has utterly ended. Moreover promoting reading culture among Baloch students he opened one of the first public libraries in Turbat. Today he and several other young educationists had benefitted thousands of youth in Balochistan thus this doesn’t only have an impact on education but further influences every sector that leads a nation towards development in true meanings.

A region never develops until its political and human right issues are not solved and no doubt Balochistan is the hub of political restiveness and human right’s violence from several years. In such circumstances countless young Baloch activists and intellectuals raised voice.

The greatest feats of this civic process are perhaps the “Long Marches” carried out against human right violence and for the safe release of missing people. Not only young men but twenty young women and several children didn’t hesitate to follow Mama Qadeer in the historical long March of Balochistan and broke the past record of Mahatma Gandhi.

Raising awareness through out the world, promoting a part of democratic custom and marching for a cause in fact are a part of civic and political development of a nation thus Balochistan’s youth had braved the risks and are upholding their role as great change makers.

Today’s virtual world is linked through internet. This provides numerous platforms to the youth to benefit their communities through grant opportunities hence a great example would be the “Green Energy for Union Council Suntsar” project. With the coalition of several youngsters from Gwadar district and by the help of RCDC and American grants more than five villages in far west of Balochistan have been provided electricity by the solar energy panels. This is one among the great projects that the youth led in the rural areas of Balochistan for the communal development.

Ten years back from today, we could hardly find any news channel from the main stream media covering issues of Balochistan. However, today several youth through out Balochistan grab the attention of the government through their activism in private news channels as well as social media forums through their excellent blogging skills.

Online English newspapers “The Baloch Hal” and “The Balochistan Point” are great contributions by young activists Malik Siraj Akbar and Yousuf Ajab Baloch. These platforms are not only the voices of nation but these represent political, economic and social issues of Balochistan. They encourage young writers from Balochistan to represent their role as rising journalists of Balochistan.

Definitely radical development in Balochistan by the youth will be a great revolution.  It is always an honour for the nation to recognize the efforts of numerous youth who set remarkable examples in the development of the province with limited resources and with the existence of uncountable barriers, even though Balochistan still has a long way further to go and so has its self driven youth.

This essay has been declared as number one Essay in Youth Essay Competition 2014.

Published in The Balochistan Point of August 14, 2014.