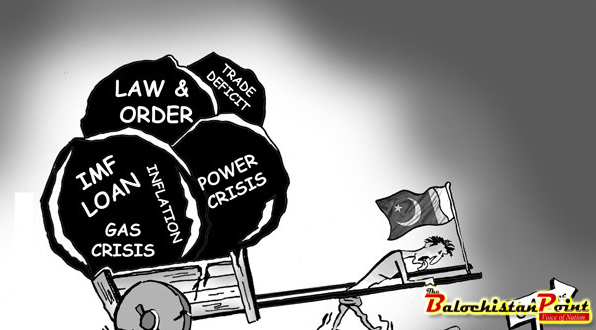 Overview of the Major Issues of Pakistan

There is not a single country in the world that does not face any problems but some have the potential to overcome and some fail to solve the issues. Pakistan is a resource-rich country, adding millions of dollars every year in the national budget, yet when it comes to crises country is facing, money has not solved any issues.

Poverty: Recently a survey shows 30% to 40% increase in poverty around the country. It means out of every ten Pakistanis, four are without basic needs of life which include food, shelter, education, healthcare etc.

Education: Since there’s poverty, a large portion of our population finds it hard to have their kids in school. About half of the Pakistan’s population is illiterate with more number of women. On the other hand, millions of children are out of school and a large number amongst them is part of child-labor. When most of the country remains illiterate, progress will remain a distant dream.

Recently the Institute of Social and Policy Sciences presented a report saying, “Pakistan has the second highest number of out-of-school children in the world after Nigeria because, Pakistan spends the lowest GDP on education in South Asian countries which is effecting the education system ominously.”

Life Security: Citizens in most parts of the country, continuously live under threat. With the recent attacks the provincial capital, that killed hundreds of people, the threats have got higher than ever.

Justice: A strong judicial system can maintain peace of a country. Justice can only be possible in a country when it is equal for all citizens. Justice becomes impossible when laws for elites differ from those for common citizens.

Refugees: A number of Afghan refugees have settled in Pakistan mainly in KPK and Pakistan adding up to the actual population of country. Although they suffer from unemployment, health-care issues and poverty, yet they find it a safe haven for them to stay here.

Pakistan yet has a long way to go until it finds feasible solutions for these issues. Yet, for the time-being, some amendments in policies and their implementation can bring some changes.

2017-07-10
admin
Previous: Letter: Safe use of Social Media can protect citizens from harm
Next: “Trump in Afghan Quagmire”