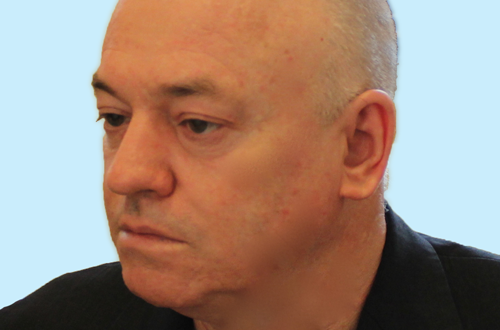 A senior Pakistan government official has told the High Court of Lahore that Facebook has entered into a covert working relationship with national authorities to censor online content.

The admission was made earlier this month during a hearing of public interest claims brought by Bytes for All Pakistan (B4A) against the government’s policy of widespread online censorship. The government policy has already resulted in an outright ban on YouTube.

The Petition from Bytes 4 All to the High Court can be viewed by clicking the link on the right hand column of this page.

The claim, made by an official of the Pakistan Telecommunications Authority (PTA), establishes that Facebook has agreed to a secret working relationship in which its staff work directly with government officials to swiftly remove content that transgresses official content policy.

Waseem Tauqir, Director General of the PTA revealed that the government of Pakistan has an existing “arrangement” with Facebook, which allows them to directly remove “undesirable” content.

While the evidence was not given under oath, in Pakistan any misleading or untruthful statement in court could result in contempt charges being brought. It is therefore widely assumed that the government’s testimony is correct.

Shahzad Ahmad from Bytes 4 All told the Privacy Surgeon “We anticipated a simple case on net freedom, addressing the public interest of democracy and social justice in perspective. Not only has it turned complicated, but it has also opened up a Pandora’s box of undercover censorship, deals with notorious corporations and instances of high-handedness by the authorities. We maintain that Censorship is not a solution, it is the problem!”

In a strongly worded open letter published today B4A warned that such a practice represented a “betrayal by the company towards the users of Facebook in Pakistan.”

The arrangement breaches the trust of its users, vehemently opposes what Facebook publicly proclaims in its Principles, and is in stark contrast to the social network’s commitment to freedom of expression, peaceful assembly and association as a member of Global Network Initiative (GNI).

The campaign body has demanded a response to the admission, saying that the arrangement “breaches the trust of its users, vehemently opposes what Facebook publicly proclaims in its Principles, and is in stark contrast to the social network’s commitment to freedom of expression, peaceful assembly and association as a member of Global Network Initiative (GNI).”

“What makes this extraordinary turn of events even more disturbing is the fact that several important Facebook pages focusing on alternate discourse have recently become inaccessible, blocked or removed from Facebook in Pakistan.”

The Pakistan government’s admission will be a grave embarrassment for Facebook and is likely to test the integrity of the GNI principles that claim to provide assurances that essential freedoms will be protected in repressive environments such as Pakistan.

In a stinging rebuke to GNI, the Pakistan campaigners noted

“While we are not yet aware of the scale of this banning and filtering exercise agreement between Facebook and Pakistani Government authorities, we feel that some of the known blocked pages are essential for the promotion of peace, harmony and alternate narratives in the country.  We reaffirm the fact that unhindered accessibility of such pages on the Internet is very much in tune with the ideals of freedom of speech, opinion, expression and assembly that the Internet represents and GNI promotes through its charter and principles to which Facebook must have signed before becoming a member.”

Facebook’s penetration in Pakistan is extremely high, with the the social network now being the most visited site in the country. The B4A case in the High Court is a crucial test of the viability of the government’s censorship policy.

The open letter notes that the entire process is secret. “We strongly protest against such incidents of censorship and Internet filtering and note that this has been done without any legal process or notice to the content owners. The nature of the technology used to block these pages and the reasons behind their removal has also not been made available to the citizens.”

The next hearing is scheduled for July 25th.

Republished in The Balochistan Point on July 18, 2013