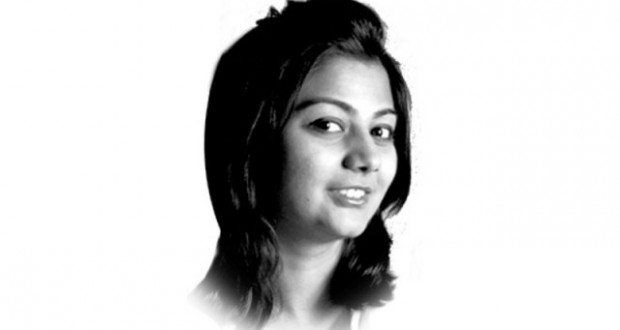 About twenty families in Balochistan province of Pakistan are on a journey of protest from one city to another, calling on the government of Pakistan, the UN and the international community to address the issue of Baloch missing persons. But who is listening? Says one of the female marchers, whose husband was abducted in 2010, “The media has been ignoring us. The whole point of this march is to raise the issue of our missing brothers, but how is that possible if the media ignores us? How can we get our message through? The negligence is astonishing.”

The Voice for Baloch Missing Person (VBMP) organized the march, which started in Quetta, the capital city of Balochistan and will culminate as a sit-in in Karachi, the capital of Sind. The march, in which the families will cover 730 km on foot, is an attempt to highlight the issue. But for the first 25 days of the march, which is still ongoing, Pakistani media has been largely ignoring the protestors, which some editors confess is due to fears of reprisal. The marchers are expected to reach Karachi in a few days.

There is no agreement on the figures of those missing. Nationalist groups in Balochistan claim that up to 18,000 Baloch persons and teenage boys are missing, while independent sources claim that more than 6,000 persons have gone missing after being arrested. The issue of Baloch missing persons is not new. Thousands continue to disappear in Pakistan as a separatist movement simmers in Balochistan.

The nationalists say that Balochistan was forcibly annexed in March 1948 and demand a separate homeland where they can live in peace. The Baloch militants have fought five insurgencies against Pakistan security forces, with the first four fought in the isolated tribal areas of eastern Balochistan.

During the march, relatives of the abducted chant slogans calling on the government and international human rights organizations to acknowledge the issue and investigate the abduction and murders of their brothers and sons.

Among the marchers is the seven-year-old son of Jalil Reki, who was according to the marchers “extrajudicially killed after a year of his disappearance in an ISI torture cell.”

Farzana Majeed has been fighting to get information about her missing brothers and has spoken out frequently on the issue. During the march, she protested the media blackout and said, “There are women and children protesting peacefully in this march but the media is turning a blind eye, which shows its inequitable approach towards Baloch people.”

Added Majeed: “The media should tell us what is our fault? Why are they ignoring our march for the recovery of our loved ones. We have been marching for the past eight days but the media is completely silent and by ignoring our peaceful and democratic protest the media is pushing us against the wall.”

The Vice Chairman of VBMP, Qadeer Baloch said ”There are some people who are concerned by the awareness this long march can bring and have started to bully the families of the long marchers back in Quetta.” He added, “The houses of several people of those who have openly shown support for the long march have been raided.”

The VBMP official asserts that despite the challenges and continuous threat, the march will continue to its final destination. “Those who thought we will get tired in a day or two should know that there is blood gushing from the feet of our sisters and daughters but they are determined to continue the march at all costs.”

The Diplomat sought comment from the military, without success. However, according to other sources, Pakistani officials have repeatedly insisted that they are not involved in abducting or killing Baloch. This is contrary to recent statements by the Balochistan provincial government, which has highlighted the issue of Baloch missing persons and has also given its own figures of those missing.

According to groups in Balochistan, since June 2010, 730 missing persons have been extrajudicially killed after their arrest and disappearance. Balochistan government officials confirm the extrajudicial killings of 530 persons during this time.

Early this month when Dr. Abdul Malik, Chief Minister of Balochistan, spoke at the Karachi Press Club about attempts to maintain law and order in Balochistan, he admitted that his government had failed to solve the issue of disappearances. Baloch activists blame his government of not making any efforts to solve the human right abuses carried out in the province. Says activist Faizan Baloch, “It’s a weak government and we did not support the elections, so technically Dr. Malik is not a democratically elected leader.” He adds that the provincial government “has no control over law enforcement agencies to solve the issue of disappearances.”

The 20 families of the missing persons from Balochistan meanwhile continue their long march. (Courtesy: The Diplomat)

Republish in the Balochistan Point  November 20, 2013