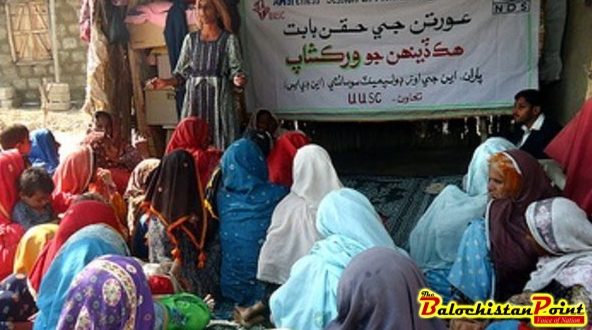 PRAGUE: Pakistan ranks at 70 among 144 countries for identifying Women Participation in Political arena of Pakistan. In recognizing the role of Women in Political Empowerment, Centre for Career Education (ECCE) invited Farzana Yaqoob, President Asia Institute of Public Policy at Czech Republic to deliver an exclusive guest note on the state of gender parity in Pakistan.

ECCE is a leading European institute based in Prague, Czech Republic, focused on practical education to facilitate learning curve needed after graduation. The ECCE hosted a high level seminar in Prague, with graduating students of law, aimed at sharing global stakeholders perspective on working women in pursuit of enhancing women empowerment and recognizing their role in economic viability by identifying their informal contribution towards the country’s GDP.

Farzana Yaqoob, Founder and President of Asia Institute of Public Policy, was the key note speaker at the ECCE. Speaking to the ECCE Law faculty passing class of 2017, she said that, Pakistan currently stands among top 100 countries that recognize role of women in political empowerment. According to World Economic Forum, Pakistan’s overall rank stands at 90 among 144 countries on the indicator of Political Empowerment of Women. Furthermore, Pakistan is also recognized at number 70 with regards to Women in Parliament, followed by number 28 with Years with female head of state.

According to World Economic Forum, in identifying further indicators, Economic participation and opportunity currently ranks at 143, followed by Labour force participation of Women ranking at 139, Wage equality for similar work at 114. However, despite a significant change of women recognition and inclusion at Political empowerment, Pakistan’s deteriorating indicator on Education attainment currently stands at 135 followed by Health and Survival at 124 out of 144 countries.

Further, Ms. Yaqoob emphasized how Asia Institute of Public Policy is strategizing on improving Pakistan’s scorecard on the Gender Parity by identifying contribution of Women in informal economy and shifting their economic contribution from Informal economy to formal economy in order to enable them to be more self-reliant and autonomous that would inadvertently have a long lasting impact on the gender parity gap indicators for Pakistan

Farzana Yaqoob, Young Global Leader of the World Economic Forum represents the next generation leadership of South Asia and has served as Former Minister for Social Welfare and Women Development in Azad Jammu and Kashmir Assembly. Ms Farzana is also the General Secretary at Einsenhower Fellowship program and has worked diligently with the Government of Azad Jammu and Kashmir to lead advent of Harassment against Women at Work Place Act followed by her subsequent efforts in amending the acid crime against women bill in the AJ&K Assembly and advocating towards drafting national action plans and legislation adopted to promote gender equality, in accordance with their commitments under Goal 5 of the 2030 Agenda for Sustainable Development

Ms. Yaqoob has extensively worked with the Government of AJ&K during her tenure serving the AJ&K Government as the Minister for Social Welfare and Women Development in 2011. She has widely advocated and worked upon building confidence building measures towards increasing women participation in electoral landscape while pioneering public debates and later enactment on the Domestic violence Act for the rights of the women in Kashmir at both national and International level. Ms Yaqoob’s biggest achievement for Kashmiri women was identified upon creation of her proposed framework that ensured opportunities for women employment in the formal and informal sector; facilitating through matching public investment policies, access to markets in Azad Jammu and Kashmir and abroad by launching skill enhancement and training program to benefit more than 1200 girls and women in the AJ&K region.

Asia Institute of Public Policy is a think tank based in Islamabad with the objective to promote a research-based approach in creating Knowledge Councils premised on Trust, to facilitate the transformation of deeply-rooted socio-economic and political challenges. Asia Institute of Public Policy aims to reorganize the relationships between various stakeholders based on ‘Trust Collaterals’ from Government, Business, Academia, Media and the Civil Society in facilitating their integration by convergence so that all the stakeholders are fully actively involved in making confidence building measures on issues pertaining to global connectivity and interdependence.

Asia Institute of Public Policy works on integrating different stakeholder’s involvement on the new trajectory of ‘Trust’ convergence. The formation of Knowledge Councils (KC) would foster long-term commitment and involvement of all stakeholders and brainstorm to create common grounds for mutual Trust and benefits to their respective citizens.

Published in The Balochistan Point on July 22, 2017

2017-07-22
admin
Previous: Free of cost justice to the common people is the mandate of Provincial Ombudsman secretariat
Next: Lok virsa Condemn attack on Queen of Pashto folk music Zarsanga