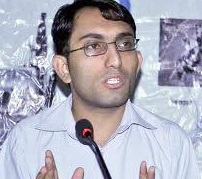 While Pakistan’s federal government continues to give in to the Taliban pressure, women and school children in one small Pakistan-Iran border town in southwestern Balochistan province are offering unprecedented resistance against calls by Islamic extremists to shut down girls’ schools. Pakistan has featured in the recent times in the western media for attacks on girls’ education, destruction of schools and the murder attempt on teenaged education crusader Malala Yousafzai.

The public awakening in the town of Panjgur, on the contrary, has barely received any attention in Pakistan’s mainstream media or the international Press. The developments in Panjgur epitomize a rare but organized community-based battle for protecting girls’ right to education. The rise of Islamic extremists in the secular Baloch province, which I had predicted in 2009, is deeply alarming but the local population’s uprising against the detractors of girls’ education simultaneously provides tremendous hope for a community that is being rapidly radicalized by the Pakistani government in an attempt to trade an ongoing left-wing independence movement with radical Islam.

When I was growing up in Panjgur in 1990s, it was absolutely inconceivable to think about giving the clergymen a share in the social and political decision-making process. The role of the clergyman, locally known as the mullah, was clearly defined and restricted to the mosque. The biggest audience the mullah would ever attract was the weekly one-hour long Friday prayers but the mosque-goers were almost always sure that what they learned from the mullah in the mosque should always stay within the mosque. The other two occasions when the society agreed to give the mullah the leadership role were funerals and wedding ceremonies which would also last for less than one hour. Beyond these scant leadership opportunities, the clergy enjoyed no influence on our lives as it struggled for its survival while remaining the weakest segment of the economic stratum.

I vividly remember the days when my mother would regularly keep a portion of our meal for the students of the neighboring religious school while my grandfather, Malik Mohammad Tahir, an assertive local transporter-cum-community-leader, would warn us that feeding mullahs amounted to feeding poisonous snakes. My grandfather was a practicing Muslim but he, just like most Baloch people, never voted for a religious political party. He used to warn that the economic empowerment of the clergy would lead to their political rise and ultimately threaten the Baloch values and interests.  I was amazed how my grandfather tightly kept religion a private matter between him and his creator. He was averse to Arab influences on local practices. He also detested Islamic preachers who predominantly came from Pakistan’s Punjab province, often with a background in the middle ranks of the army, to transform the local population into “better [read radical] Muslims”.

My grandfather was very smart to read between the lines and assess the motivations and consequences of a powerful religious lobby in an area that that had aggressively guarded people’s privacy against tribalism and religion. One day, he chased out a mullah who tried to drop a free copy of Zarb-e-Momin, a Jihadist weekly newspaper, outside our door, warning to break his legs if he ever distributed that toxic literature in our town. The mullah never showed up. My grandfather, a vanguard against religious extremism — just like many other people of his age— passed away in 2010. The Mullahs returned. With substantial funding from oil-rich Arab countries and political support from the Pakistani military, the mullahs instantly captured significant space in the society. They no longer go to people’s doors to beg for food. The mullahs live in multi-million houses and travel in chauffeur-driven limousine. With newly gained authority, they are now asserting their power by attacking girls’ education.

Two weeks ago, Tanzeem-ul-Islami-ul-Furqan, a hitherto unknown underground extremist group warned all private schools to stop educating female students because the organization views assimilation of boys with girls “un-Islamic”. Fearful of attacks, some schools immediately stopped teaching girls after the circulation of a threatening letter but others seemed to have waited for a real attack to see whether or not these warnings were actually genuine. On May 14, armed men beat up the head of a private school in Panjgur. They burned the school van and vanished in thin air flashing the victory sign.

The Pakistani government has not moved swiftly to provide protection to the threatened private schools, teachers and students. Those who are threatening girls’ education are still at large and able to instill fear among little girls. Teachers and parents are risking their lives to fight the opponents of girls’ education. Balochistan is Pakistan’s least educated province. It urgently requires national and international intervention and assistance in the field of education, mainly for girls. The province cannot afford to shut down its schools for girls. The fight for girls’ education is too big to be solely fought by the civil society and members of the community. The State has to play a biased role by siding with the students, not the extremists.

In grand protests joined by thousands of people to fight back against religious extremists, the people of Balochistan have given their judgment: there is no room for Boko Haram in Balochistan. The Pakistani government should now hear the people’s verdict and fulfil its responsibilities. (Courtesy: http://www.huffingtonpost.com)

2014-05-21
admin
Previous: Welcome to the war on “vulgar, western education” in Balochistan
Next: Gwadar: The Devastating Condition of Degree College