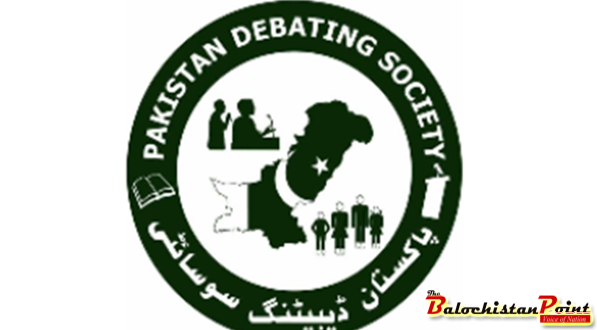 ISLAMABAD: Pakistan Debating Society Balochistan delegation met the Chairman Senate Mir Saddiqu Sanjranin at his office in the parliament house in the capital city after attending a declamation contest on the occasion of first anniversary of Pakistan Debating Society. The declamation contest was held at Art Council Rawalpindi, Islamabad. Mr. Mohammad Zakria Baloch, the president of PDS Balochistan Chapter led the delegation.

Mansoor Wahab, Inam Ullah Mengal and Mohammad Imran along with some other PDS members were present on the occasion.

The Chairman Senate, Saddique Sanjrani gushed student to divert all of their attentions towards education. He said that the government was utilizing all its resources to promote education in the province. ‘Educated and prosperous Balochistan is our dream and our foremost priority, he said’.
‘It is the responsibility of students to take full advantage of scholarships which the government is providing to them and make their good to get admission in the famous institutes of the country so that they can earn a prototypical name and fame to their province, he added.

Speaking at the occasion Mr. Zakria said, ‘The young generation of Balochistan is full of talent and potentials, they can prove themselves in every walk of life if they are provided opportunities.’

Mr. Saddique Sanjrani extoled the efforts of the Balochistan team for participating in a national level competition in general and appreciated Zakrai Baloch in particular for having leadership qualities. He said Zakria Baloch is among those talented youngsters who earned fame in their early ages.

The Chairman Senate gave away gifts among all the members of PDS team and guests.

Published in The Balochistan Point on April 30, 2018