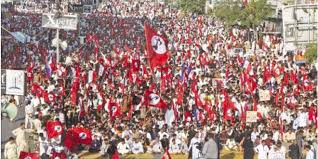 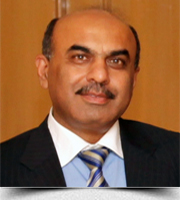 Conflicts within multi-national federations are ubiquitous particularly in the post-colonial states which carry the baggage of artificially induced stream of conflicts during the centuries-long colonial divide-and-rule regimes. Third world states inherited a mosaic of socio-cultural diversity that had been competing against crumbs of resources and meager political power controlled by oppressive state structures.

Colonial masters left behind amalgams of occupied territories that were engineered to create unnatural states to fulfill their colonial needs stemming from their economic and political avarice. South Asia is mired in conflicts in the post-colonial era.

In most of the South Asian countries dominant groups have been exploiting the others through administrative and muscle power. Propensity to establish hegemony over weaker groups resulted in protracted conflicts and civil wars. As a corollary, history of these juvenile states is riddled with genocides, forced disappearances, torture, abductions, rapes and crimes against citizens.

Fratricide through extrajudicial killings and massacres is not new to the third world states where post-colonial atrocious regimes have replaced exploitative colonial state structures. Pakistan too has a blood stained history of pogroms that has taken toll of millions of compatriots.

Former East Pakistan, Balochistan, Sindh and FATA had been repeatedly subjected to atrocities at different stages. National interest and religion have been used to mask these brazen violations of constitution, international obligations and principles of human rights. Sizzling Balochistan has been at the boiling point for many years.

Recently, a similar spate of abduction and killings of political workers has been unleashed in Sindh. Young political activists are abducted in Balochistan-styled action, not produced in any court and their lacerated bodies are dumped at desolated places. All laws of the land, international agreements and fundamentals of human rights are brazenly trampled.

The constitution of Pakistan unambiguously recognizes right to life. Article 4, Clause 2 (a) reads “no action detrimental to the life, liberty, body, reputation or property of any person shall be taken except in accordance with law”. Similarly Article 9 reads “no person shall be deprived of life or liberty, save in accordance with law”. Article 3 of the Universal Declaration of Human Rights says “everyone has the right to life, liberty and security of person”.

Pakistan is also a party to International Covenant on Civil and Political Rights. Article 6 of the Covenant says “every human being has the inherent right to life. This right shall be protected by law. No one shall be arbitrarily deprived of his life.”

Pakistan, as a state, is obligated to respect all these commitments made before the international community. Constitution is the most sacred promise of a state with its citizens. When citizens break constitution they become liable to legal repercussions. However, the problem becomes intractable when a state breaches this promise with its citizens.

Pakistan’s original promise with its citizens was the Lahore Resolution of 1940, which unambiguously recognised autonomous states to be the federating units of the new country. The commitment was, however, revoked even before the country came into being. Ethos of federation were vandalised since inception.

East Bengal became the first casualty. In a fit to subdue east Bengal through brinkmanship, its constitutional and democratic rights were denied. The journey of insanity that commenced with denial of their language and economic rights attained new zenith by denying their constitutional right to rule in 1970-71. It culminated into the barbarity of unimaginable proportions.

Creation of Bangladesh not only marked an ignoble chapter of national history but also left deep scars on the incognito two-nation theory. The tragic episode reiterated the fact that when a state betrays its citizens, the bond cannot survive any longer. Whereas the constitution of Pakistan demands loyalty from citizens, it does not reciprocate by respecting citizens’ constitutional rights. Massacre of 1971 not only resulted in secession of Bangladesh but it also cultivated a deep rooted resentment and mistrust among the remaining federating units.

The guardians of the state, however, remained too intransigent to learn from the fatal blunder that deprived the country of its half. Not only their ossification refused to learn from the past, they obstinately repeated it in Balochistan. The restive province is not only plunged into a complete chaos but also has invited rebuke of international community due to heinous violations of human rights.

Killings in Balochistan are being echoed on national and international forums. Insensitive to the grave damage, the sublime gun masters have now barreled towards Sindh, where movement of political rights has so far remained non-violent. Since anti-One Unit movement, nationalist movement of Sindh has remained equable, mature and peaceful. One can have ideological differences with any Sindhi nationalist party, yet it is a recognized fact that they have never resorted to any armed struggle.

GM Syed, who was the founder of Sindhi nationalist movement after partition, was a fervent protagonist of peaceful political means to achieve economic and political rights of Sindh. Millions of non-Sindhis living in Sindh have gradually morphed into Sindhi cultural identity because of a strong cultural magnet of Sindh. In recent years, some sporadic incidents of low intensity incidents started occurring when railway tracks were blown up in parts of Sindh. This, however, had not created any insurgency like situation.

A nationalist outfit was purported to be involved in these incidents. Jeay Sindh Mutahida Mahaz aka JSMM was subsequently proscribed and a witch-hunt spree was unleashed. The situation, however, started taking an ominous turn when leaders and workers of the party were frequently abducted and their brutally tortured bodies started surfacing.

The perpetrators of the ramped up killings do not realise the ramifications of these acts. Such tactics have already bled Balochistan where violence has gone haywire in the wake of kill-and-dump policy. Repeating this grossly flawed approach in Sindh will create a microcosm of Balochistan and bring a bitter harvest. It will incite youth to retaliate with violence that will perpetuate ferocious cycle of bloodshed. Despicable violation of merit and fear of a bleak future have already heaped dejection on educated youth.

A rapidly urbanising middle class society of rural Sindh aspires for a rightful share in mainstream politics and development. Eighteenth constitutional amendment addressed some of the lacunas to provide more administrative and financial autonomy to provinces. However, centralist minded bureaucracy and parochial political parasites are not letting it function smoothly.

A poorly performing provincial government has further mounted frustration among Sindhi youth. The government of Sindh has vandalised all norms of merit and corruption has humbled all past records. Youth without a promised future can potentially drift towards extreme avenues. Sprinkling fuel on fire by subjecting them to torture, humiliation and extermination will lead towards a Balochistan-like situation.

The country is already teetering on the brink due to numerous internal and external challenges. Inexorable extremism and violence of all kinds has gripped the country. Regional complexion is going through major changes with phenomenal impact on our future. Faith based extremism has ruined the country and tainted its image in the international fraternity. All these circumstances demand sanity in the ranks.

It is intriguing that religious and sectarian proscribed groups operate with impunity but political workers struggling for their rights are treated like terrorists. Repeating madcap experiments of Balochistan in Sindh will only stoke another conflagration. Brutal killings of young political workers can have explosive consequences and earn more ignominy for the country.

Courtesy: The News On Sunday

Republished in The Balochistan Point on December 2, 2014

2014-12-02
admin
Previous: Journalism: A Curse In Balochistan
Next: Exclusive Interview: Islamabad Is Planning To Convert Baloch Into Minority Through Manipulated And Fake Census: Sanaullah Baloch