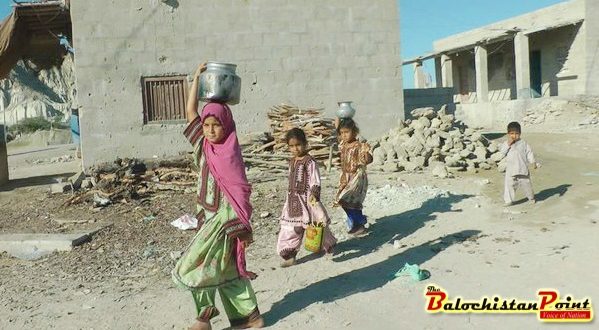 Plight of children in Balochistan

The state of health and education of children in Balochistan is terrible. In Balochistan, children have no future because the government is unwilling or unable to protect and promote their fundamental rights.

Balochistan is the largest province of Pakistan with the number of problems faced by the children. Currently, Illiteracy is a major issue. According to some estimates, the literacy rate in Balochistan is 35 percent (males 42 percent and females 21 percent). Factors behind such dismal statistics are shortage of schools, buildings and essential facilities needed for a productive academic environment. If the government of Balochistan wants to change things, it must first focus on reforms in the education sector.

Fourteen-year-old Sagheer recently dropped out of a public school in Kolowa due to financial problems. Now he herds cattle. He told me that his parents were poor and could not afford to send him to school. Stationery and uniforms were expenses and they could not afford. He is not alone, there are many like him. It breaks one’s heart to realise that these children cannot fulfill their dreams due to no fault of their own.

Last month, 16-year-old Mariam got married after she dropped out from school. She wanted to be a teacher but her parents preferred to marry her off.

Around 1.8 million children are out of school in Balochistan and it saddens me to mention that 60 percent of the children quit school by the time they reach middle school. It is estimated that 45 percent of students abandon school without completing matriculation. More than 5,000 government-run schools have only one room with a single teacher. In rural areas, schools are in terrible conditions. Safe drinking water and clean toilets are not available.

Majority of the children belong to working class families who cannot afford to pay private tuition fee. At government schools; teachers remain absent and there are no textbooks and libraries. Our corrupt leaders seem to have no sympathy for the plight of the children of Balochistan and seem to be enjoying their lavish lifestyles. The government must increase its spending on education and create a system where education should be affordable for everyone.

Published in The Balochistan Point on April 14, 2018

2018-04-14
admin
Previous: Regional impact of CPEC in terms of foreign policy-Part 1
Next: Gamwar Baloch: A hope in backward society