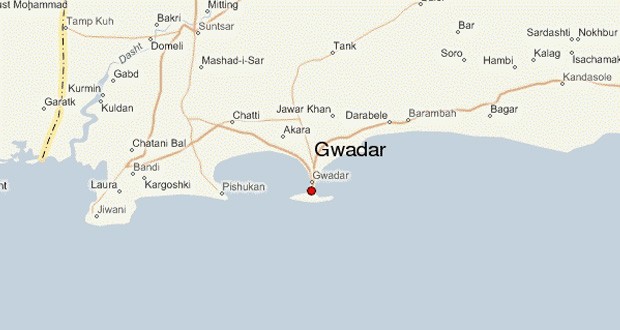 Plight Of Education In Gwadar

Gwadar is one of the better known cities in Pakistan, thanks to its deep-sea port. From Pervez Musharraf to Nawaz Sharif, every ruler has talked about making Gwadar the new regional hub for sea trade. The city has also gained limelight because of the debate over the disputed route of Pak-China Economic Corridor. But behind all of this newfound glamour lies a bare, dark reality that people are rarely told about.

Zainab is a student based in Gwadar. After passing her Intermediate exams with science, she wanted to study science in her Bachelors, but she couldn’t. Why? Because there are no science teachers in Gwadar’s colleges. That’s right. In the 21st century, the grand seaport of Gwadar doesn’t even have teachers that can teach students basic science at graduation and intermediate level. Zainab had no choice, so she had to study Arts.

In the given situation, a culture of cheating has infected the examination systems. Students want to study science at higher levels, but they are not taught science in Gwadar. As a result, students have no choice but to cheat in exams to pass them and get a chance to join a university elsewhere.  Lack of science teachers is just one problem; it would not be wrong to say that the entire education apparatus from class 1 till graduation is completely eroded.

This inconvenient truth is never mentioned in our national, mainstream media. No news channel or newspaper is interested in doing an investigative report on this issue. This is simply because people based in the bigger cities of Pakistan, like Lahore, Karachi or even Quetta don’t care about a far-flung district like Gwadar. Those in power are only concerned about its seaport, not its people or their grievances.

Gwadar district has a population of almost 200,000 and there is only one degree college in the entire district. Literacy rate in the district is estimated to be 25%. The newer generation of Gwadar wants to study but there are no means for them to get access to quality education. Apart from a tiny rich minority, not every family can afford to send their children to good educational institutes of Quetta or Karachi.

The government of Balochistan has started an education emergency and 26% of the province’s total budget has been allocated to education. But that’s on paper – ground realities, as mentioned in the case of Gwadar, are very different, and a slap in the face of the government’s claims. An interesting revelation has come from those in power: the government plans to install CCTV cameras in all examinations centres of the province in order to stop the students from cheating. This idiocy is just one example of what the government is doing in the name of the “education emergency”. If students are not taught for whole year, how can anyone expect to bring an end to the culture of cheating by merely installing CCTV cameras?

Improving the standard of education in Gwadar is not a part of the agenda of government of Balochistan, led by Dr. Malik Baloch who comes from Gwadar’s neighbouring district of Kech. The government has made no effort whatsoever to recruit science teachers for the colleges of Gwadar. One possible reason for this can be that the ruling part of Balochistan, the National Party of Dr. Malik Baloch, lost in last general elections from Gwadar.

Civil society and private investors are also indifferent to the issue. Real estate investors from all over the country invested in Gwadar in 2006. Even now, many business groups are interested in investing in Gwadar to cash-in on the economic opportunities presented by Gwadar sea-port. These private investors also need to be socially responsible and contribute to the educational development of the district. They need to remember that economic activity can never flourish in Gwadar if its people remain impoverished. Moreover, social development organizations who regularly conduct seminars about Balochistan’s issues in five star hotels, are also not interested in practically lending help.

Both the federal and provincial governments need to understand their responsibility in this matter. Establishing a few degree colleges with qualified teachers is not a big deal. It only requires political resolve and initiative which is what seems to be missing. Both the governments need to realize that if the state of educational affairs, and other basic necessities, continued in the same way then it would create resentment among local people against the Gwadar mega project. Once people started resenting it, it could prove to be the last nail in the coffin of the already struggling project.

Note: Names of people have been changed in order to protect their privacy.

Republished in The Balochistan Point on February 15, 2015