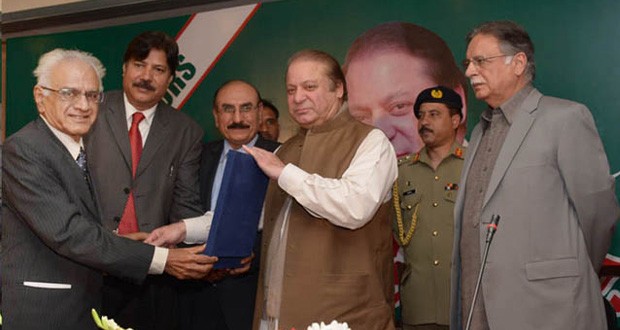 Mr. Siddique Baloch is Editor of Balochistan Express and a veteran Journalist, serving in the field of journalism since 1966.

In CPNE ceremony, Prime Minister paid tribute to the services of Siddique Baloch and appreciated him for his indefatigable services to the field of journalism. He praised Siddique Baloch for never making compromises on his principles

Federal Minister for Information and Broadcasting, Pervez Rashid, also spoke on the occasion and lauded Siddique Baloch for his contributions to journalism in Pakistan.

An Exclusive interview of Siddique Baloch was conducted by The Balochistan Point last month.

Mr. Baloch had spent four years in prison from 1973 to 1977 on trumped up charges in Hyderabad Conspiracy Case.

Published in The Balochistan Point on February 14, 2015

Journalism 2015-02-15
Editor
Previous: Workshop Held To Counter Cheating In Exams
Next: Plight Of Education In Gwadar