Plight of Healthcare in Balochistan 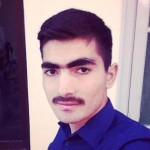 On RDC highway, connecting Quetta with Karachi, there is just one hospital which is named after former governor of Balochistan, Nawab Ghaus Baksh Barozai which is also not operational yet. There is absolutely no facility to transport patients to Quetta in proper way. As a result plenty of people die every year due to delay in receiving proper treatment in aftermath of accidents and other illnesses.

Apart from that there is no check and balance on hospitals in Quetta. They can charge any amount of fees and prescribe as many medicines as they want and there is no one to regulate them. When government even intends to take any action that forces the doctors to do their job properly results in strikes by the doctors associations. Government needs to do a lot to bring Healthcare system in order.