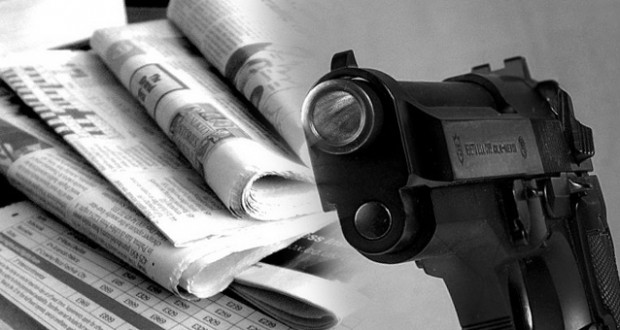 Plight of Journalists in Balochistan

I live in a province where there is no room for journalists; very few journalists die their natural death and the rest are killed. It seems that being a journalist in Balochistan is quickly turning into a curse.

Recently, I asked one of my teachers regarding journalism and its worth. He replied: “journalism is the deadliest profession in Pakistan, and the people reading journalism or planning to become journalists are going to put their lives in danger.” My teacher’s answer touched my heart, as today, one hardly finds a journalist in Pakistan who has not been threatened or attacked. I was even many times advised by my parents to put an end to writing and reporting in order to remain safe from danger. Similarly, all parents in today’s era dislike seeing their sons and daughters to be journalists in Pakistan.

According to estimates, Pakistan and India had the highest numbers of journalists killed in South Asia in 2013, and today, they are considered to be the most dangerous places for journalists. According to international media, more than 48 journalists have been fallen victim to targeted killing in Pakistan over the last few years, most of whom were Baloch. Among all the four provinces of Pakistan, Balochistan often sees more murders of journalists. Amazingly, the previous month (August) even witnessed the murders of two journalists in Balochistan: Irshad Mastoi, the Bureau Chief of Online news agency and Abdul Rasool Khajjak, a trainee reporter of the agency. One other thing, due to the incessant killing of journalists in Balochistan, very few journalists are remaining to report on each and every issue of Balochistan. I will not be wrong if I endeavor to say that Balochistan always remains the backward province of Pakistan and its problems will not be solved at all unless journalists are protected to report or write independently.

As writing about journalists, I really miss my teacher Ilyas Nazir Baloch, who was not only a computer teacher in Atta Shad Degree College Turbat but also a writer of Darwanth, a Balochi magazine. He used to write with no fear; he was abducted by unidentified persons in response to his journalistic activity and Darwanth was banned.

Today, Fear amongst journalists in Balochistan has spread to such an extent that one hardly dares to report or write against anyone or any group. Secondly, some so-called religious scholars were found brainwashing children on the basis of religion in mosques in Turbat, Balochistan, and they have also become sovereign remedy for turning children into terrorists. But journalists have not reported and written against them so far as they have already learnt their lessons that remaining silent is the best option in today’s era in Balochistan.

On 19 March, 2014, during the meeting with head of the US-based Committee to Protect Journalists (CPJ) Nazwaz Sharif, Prime Minister of Pakistan, announced that he would set up of a media commission for the safety of journalists and Pakistan would be a journalist-friendly country, where national and international media would feel safe, secure and respected. But in August two journalists were shot dead in Quetta, Balochistan proving that government of Pakistan cannot assure safety of journalists.

Here, I must admit that I feel very sad to mention that more than 29 journalists have fallen victim to target killings in Balochistan over the past five years, but all the killers remained unidentified and went unpunished though rallies and hunger-strike were held. On the top of that, the murderers of journalist go unpunished in Pakistan persuading other men to commit such atrocities again and again with no fear.

Also, one of the worst problems in Pakistan is that when a person from one of the political parties is killed, police strive hard to bring the perpetrator to book, but when a journalist from is killed, police does not pay any heed. Despite the non-stop deaths of journalists, government of Pakistan and police seem to be reluctant to bring the perpetrators to book. I do not know when government of Pakistan understands that it is no fun for people to find their father, brother or son killed brutality for bringing the truth before general public.

Author is a Private Teacher and Social Worker based in Turbat.  He can be reached at Monis.ali.baloch@gmail.com

Published in The Balochistan Point on October 5, 2014