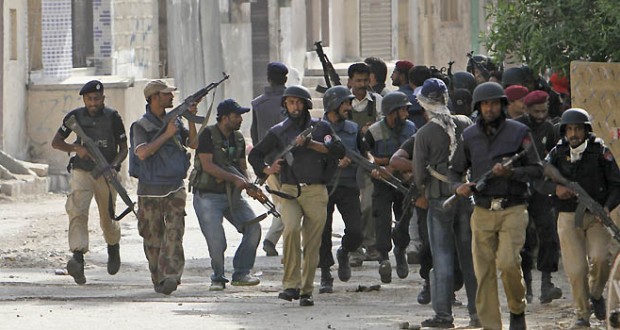 Quetta: The Frontier Corps (FC) and police personnel arrested twenty eight suspects during a security operation conducted in the Geo area of Quetta on Saturday night.

According to the media reports, security forces recovered weapons and explosive materials from the suspects during the operation. All twenty eight suspects were interrogated by the senior police officers.

Fayyaz Sumbal, the Deputy Inspector General Police said that “a large number of forces participated in the search operation and scoured all the suspicious areas, adding that they did not face any resistance and it was underway for few hours. Police had been informed by credible sources that some miscreants established safe havens in the area to carry out target killings and bomb blasts in the city. Said Deputy Inspector General Police

Published in The Balochistan Point on July 21, 2013