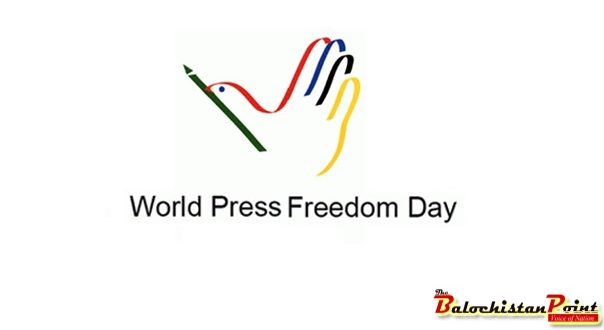 ISLAMABAD: In a roundtable hosted by Media Matters for Democracy (MMfD), Pakistan Federal Union of Journalists (PFUJ) and the National Press Club (NPC), participants adopted a resolution reaffirming their resolve to uphold the freedom of media and expression in Pakistan and ensure the safety of Pakistani journalists.

The roundtable discussion was held on Wednesday at the National Press Club to commemorate the 2018 World Press Freedom Day.

The declaration condemned all incidents of covert and overt threats, intimidation, harassment and violence against journalists. It also condemned the crackdown on digital expression of journalists and political workers through direct and indirect means, and calls for reforms in the Prevention of Electronic Crimes Act 2016, and the Pakistan Electronic Media Regulatory Authority.

The impunity in cases of violence against journalists and arbitrary censorship of media were also condemned in the statement.

The discussion participants also affirmed their commitment to establish a secure digital environment for the free expression of journalists, political workers, activists and citizens.

All political leaders, who attended the discussion, supported press freedom but also called for responsible reporting and accountability for fake news.

“A democracy cannot function without a free press,” Mr. Bokhari said. “Media (freedoms) are essential to the creation of public opinion.”

Former Senator Farhatullah Babar of the PPP said in recent years a new threat has emerged against Pakistani journalists.

“This new threat is from invisible actors,” Mr. Babar said. “This is more potent and dangerous than any other threat to journalists, even more than threats from state and non-state actors.”

He said the journalist-community’s suggestions have been included in a draft bill on journalist safety and journalists should push the government for passage of the bill. Mr. Babar said the state should realise the dangers posed by the suppression of dissent and move to resolve the grievances of its citizens.

PTI Information Secretary Fayyazul Hassan Chohan said perhaps no one could disagree with the Islamabad Declaration. He said his party completely supports the freedom of expression and freedom of the press.

But Mr. Chohan also said journalists should consider the national interest in the pursuit of their professional duties.

Dr. Fauzia Hameed of the PSP said respect for free speech is important to development of democratic attitudes in society.

“If someone disagrees with your opinion, it should not mean that you silence their speech,” Dr. Hameed said. “If you cannot respect opinions, then that is contrary to the spirit of democracy.”

Journalists present at the discussion raised concerns about restrictions on reporting, the threat of physical violence to journalists from political party workers and non-state actors, and the lack of tolerance for unsympathetic and offensive speech among political leaders. They said the Pakistani media are not free and urged the journalist unions to unite in their protest against curbs on the media levelled by state and non-state actors.

Speaking on the occasion, President PFUJ said not even 10% news media are not free. He said journalists were facing unprecedented threats in reporting accurately and truthfully. Mr. Butt said the journalistic community should collectively think about the future of independent journalism in the country.

President Rawalpindi-Islamabad Union of Journalists, Mubarak Zeb Khan said impunity in crimes against Pakistani journalists is a serious issue. He shared statistics with the participants that showed only five journalist murders out of 86 resulted in convictions for the perpetrators. Mr. Khan said some of the murders were committed during the tenures of political governments, which shows journalists are vulnerable even under democratic rule.

Executive Director MMfD Asad Baig said the World Press Freedom Day calls attention to the contemporary challenges to press freedom in Pakistan. He said the 2018 international day is especially significant given it is election year in Pakistan.

“Elections are just around the corner,” Mr. Baig said. “Our goal is to reaffirm that the media is free to report on political activities before and after the elections.”