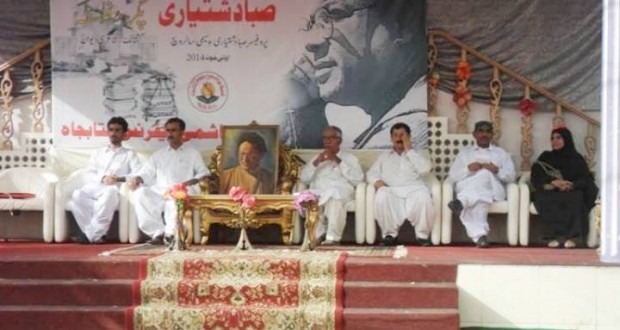 Saba Dashtyari was a professor of Islamic Studies at the University of Balochistan in Quetta. He  authored more than two dozen books   and laid the foundation of a premier Balochi language academy in Karachi. Saba held a Masters Degree in Philosophy and Islamic Studies and taught theology.

2014-06-03
admin
Previous: 373 missing persons killed in past one year: VBMP
Next: Yousaf Aziz Magsi: A founding figure of Baloch Nationalism