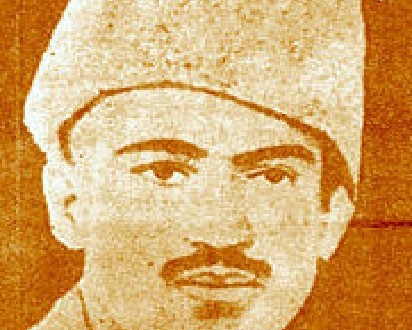 The history of Baluchistan has witnessed number of brave personalities and well-known Yousaf Aziz Magsi is one of them who devoted his life to gaining independence and autonomy from the brutalities of the British during its reign of barbarism in Baluchistan.

Yousaf was born in 1908 at Tahal hailing from the royal family of Nawab Naseer Khan. Furthermore, as an educationist he held the honor of being a multilingual and a versatile personage who believed in egalitarianism and positive politicization, sprawling awareness among his people, and the rational armed resistance against the enemy of Baloch nation was on the top of list of national commodities to apply.

He didn’t like the Baloch patriarchal and paradoxical tribal regime, the gender discrimination and the racism had never got any room in Baloch nationalism in his viewpoint and as a struggler in relation to the defense of his people. In addition to that, his purported credentials to define his educational background are the spectacular acquisition of Arabic, Persian and literature.

Moreover, taking swiftly into consideration the ruthlessness, the flawed jurisprudence of injustice and the brutalities of the British as well as in order to get rid of the region of Shams shah, Yousaf Aziz Magsi took painstaking personal measures by firstly raising his own voice against it. After much contemplation he penned down an article under the name of Faryad-e-Baluchistan (The Lament of Balochistan) which was published in 1927 in Lahore newspaper. The emphasized key points of his article were that  “The world is advancing but folks of Baluchistan are dozing I pled to the people of Baluchistan do not make yourselves a laughing stock, beak the chains of slavery and remove conflicts; be a light for nation, learn lesson and sacrifice”.

His revolutionary attributes and the presentation of his message compelled the Baloch nation to envisage and wake up. Besides, Yousaf Aziz Magsi with his party conducted all India Baloch conferences on 28 Dec, 1932, 93, and 94. The predominantly important objectives of his conducted conferences are following

With the above-mentioned objectives, Yousaf  Aziz worked day and night on national level to get a sigh of relieve to the entire Baloch nation; as with swift progression he made the Baloch united and struggled hard against the British powers to gain independence.

He and his ideological, philosophical and political theories at present are a source of guideline today for the entire grieved Baloch nation to apply the foot-steps of Yousaf Aziz Magsi.  Surely, Yousaf Aziz Magsi is a legend forever in the revolutionary aspect of Baloch history.

Unfortunately, a catastrophic earthquake occurred in Baluchistan and consequently, resulted in his martyrdom but indeed, markedly today his philosophical thinking, guideline and bravery with tolerance is present for the entire Baloch nation as an ideology to apply.

Published in The Balochistan Point on June 4, 2014