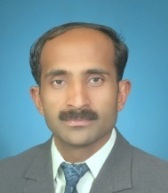 Talking about the increasing wave of fundamentalism and sectarianism he explained the role of syllabus books, madrasah’s literature and opinion leaders i.e. Imam Masjids and media person in promotion of extremism and terrorismin global historical perspectivecomprehensively. That was a pleasant evening, and we were sitting in the guest house of Agriculture University Faisalabad where he has to pass the night and tomorrow he has to join International History Conference arranged by Govt. College University Faisalabad. This is the story of a thought provoking meeting with legend professor of history Syed Shabbir Hussain Shahand Director Scholarship Scheme University of Gujrat who has been has been brutally murdered on the way to the University.

I can never think that Professor Shah has any extremist views in his discussions and any sectarian bias in his personality but he was a kind teacher, progressive historian and above all a pure human who always thinks progressively for betterment and development of humanity. In a question I asked, how it is possible to cleanseour society from extremism and terrorism even when are enforced to read the specific literature and funded syllabus books. He replied with strong confidenceand deep devotion, it need just a moment to break out of all these biases and prejudices if weshall be able to understand theconcepts of murder of history and controlling minds by the power players while designing history and religion books for the target nations and communities then we can root up all these extremist and sectarian designs from our society. The liberal and progressive voice of Syed Shabbir Hussain Shah has created a circle of likeminded colleagues and revolutionary students in the University of Gujrat and academic institutions all over the Pakistan. But alas this liberal and progressive voice has been silenced on the way to his wisdom house.

I really shocked to hear about the tragic killing of great professor and keep a deep eye on the media coverage to know about the pros and cons of this tragic incident. All the reports published in newspapers and all the news broadcasted on television has been framed in the context of sectarianism and extremism. I think it is a narrower context in which this tragic incident is linked with Rawalpindi incident but in broader perspective all these incidents like brutal killing of Hazara’s, sectarian uprising in Rawalpindi, and brutal murder of professor Syed Shabbir Hussain Shah are all the strategies of that great game in which terrorism is converted into sectarianism in the coming years. Professor Shah has not been murdered due to his Shia family and Ehl-e-Tasheu relatives but due to the impact factor of his killing on the youth and especially on the university student all over Pakistan in Global Psychological Warfare.

I extremely worried when the bright brains of our investigation authorities and intelligence agencies close the files of these brutalities and heinous crimes with suspected acceptance from Tehreek e Taliban Pakistan or at the spot dropped chit from any banned organization or group without going into in-depth inquiries and forensic investigations. This acceptance of responsibility may be or I think must be used as a tool of diversion and media hype the drums of breaking news around this chit or acceptance to create awareness and knowledge in the society. I hope investigation agencies will not put the responsibility of this brutal murder in the black box of sectarian extremists or terrorists and will try to probe the case keeping in view the conflicts of the locality. This is truly a murder of history in which a historian has been killed under the ambiguous terms of sectarian violence and extremism which is the proof of our intellectual dishonesty as a whole nation and if we not try to explore the realities,coming generations will never forgive us for our silence.

The writer is a media researcher and communication expert.

Published in The Balochistan Point on December 11, 2013