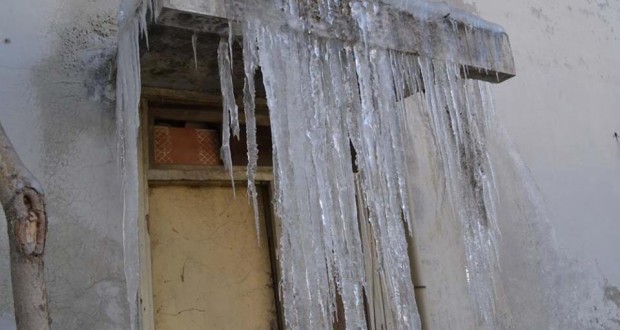 QUETTA: Quetta and other parts of Balochistan are in the grip of severe cold as the temperature has dropped to record minus 13 degree centigrade on wee hours of Monday.

According to Metrological Department officials, Harboi  area of Kalat district, some 160 kilometers southeast of Quetta was the coldest place in the country on Monday with a minimum temperature of -15 degrees C. In Quetta -13 degrees C was recorded where people experienced the coldest night of the ongoing winter.

The chilly Siberian winds, which started blowing on Saturday, severely hit the Quetta, Mastung, Nushki, Kalat and northern and southern parts of Balochistan. “These cold waves will continue for the next two or three more days,” MD sources said.

The icy winds forced the people to remain home as most of the markets and roads of Quetta city presented a deserted look and the attendance in offices also remained thin.

Quetta features a continental and semi-arid climate with significant variations between summer and winter temperatures. The highest temperature recorded in Quetta was 42 °C on 10 July 1998 while the lowest temperature in Quetta is −18.3 °C which was recorded on 8 January 1970.

It is not easy to compete with severe cold and freezing Siberian winds when there is low gas pressure and long-hour of load-shedding but the people of Quetta and other parts of Balochistan are accustomed to of such situation.

Protest demonstrations and road blockages by the residents of different parts of Quetta city are being observed for the last couple of days who are demanding for end of load-shedding and improving gas pressure.

However, Chief Minister Balochistan, Dr Abdul Malik Baloch has taken notice of low gas pressure and load-shedding and summoned QESCO and SSGC authorities in this connection.

“QESCO and SSGC should pay heed towards the problems of people and take practical steps for their resolution,” he directed officials of both companies added that gas authorities should have known that with falling temperature the demand of gas would also increase and steps should have been taken in this regard.

Published in The Balochistan Point on December 30, 2013