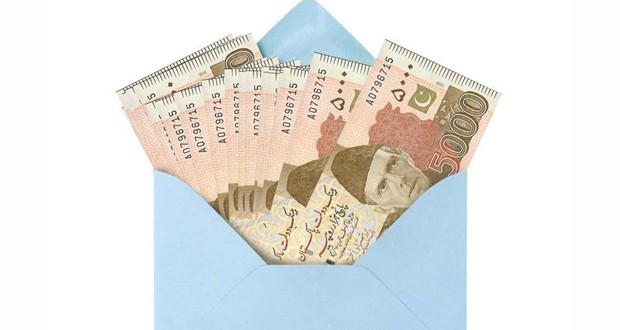 Prime Minister Nawaz Sharif visited Quetta last week and announced a development package of Rs. 35 billion for the province. From the package, Rs. 5 billion would be spent on development of roads and sewage system in Quetta and Rs. 30 Billion on construction of dams in the rest of the province.

Chief Minister Dr. Malik Baloch had earlier demanded a special development package of Rs. 500 billion from the federal government. The package announced by Prime Minister is much less than what was expected, but even this amount will not benefit the people of the province in any way due to rampant corruption in the bureaucratic structure of Balochistan.

Corruption is prevalent all over Pakistan due to a lack of proper accountability mechanisms. However, in Balochistan there is more corruption than the rest of Pakistan. Involvement of politicians in corruption is well known but the extent to which the bureaucracy of Balochistan is marred is least known. This is why the common people have not benefitted in any way from increase in share of funds of Balochistan after the 7th NFC award.

In 2002, Jam Yousaf became the CM of Balochistan and with his government started a new chapter of corruption. Bureaucrats helped the ministers in earning money through different means and also pocketed their share. During the same period, the National Accountability Bureau (NAB) was used to persecute the opponents of Musharraf but the corrupt officials were not bothered as long as they blindly served the regime. With the passage of time the disease of corruption spread like wildfire and most of the government servants in the province began feeling as though it’s their right to earn money through corruption.

The construction on a flyover, now named after Benazir, started in 2001. It was supposed to be completed in 2003 but it was eventually completed in 2008. The estimated cost of the project was revised several times and at least four times more money was spent on the flyover than the original budget. There were several reasons for the delay but the major one was the greed of government officers, who wanted to maximize their earnings from that project. Not a single officer was ever convicted in connection with embezzling funds of that project. The case of Benazir flyover is just one of many such projects where bureaucrats have made billions of rupees from taxpayers’ money using their power and influence.

The budget of the Balochistan government for the fiscal year 2014-15 was Rs. 215 billion. 77% of this budget is spent on non-development expenditures. These include the salaries and benefits of the bureaucrats among other things. Bureaucrats twist government rules and increase their monetary benefits in every budget without any improvement in their performance. Apart from that, bureaucrats also receive their share from the remaining 23% of budget which is spent on development expenditure.

Development funds are only released when bureaucrats in Planning and Development (P&D) department authorize the release. Not a single penny is released until the minister and bureaucrats in charge have not got their share. Not a single file is moved ahead in Accountant General Office of Balochistan until the palms of the government servants are not greased with bribery. Even the accountants of Communication and Works (C&W) department have become millionaires because no cheque can be cashed without their signature.

NAB also exists in Balochistan but its actions against corrupt official are restricted to paper work only. Every now and then a few government servants are apprehended on charges of corruption. These arrests are made by the NAB just to show that they are doing something and justify their purpose of existence. If NAB starts arresting all the corrupt officers then there will be a shortage of officers to run the province.

Why doesn’t the NAB take action against the corrupt officials? Some of the bureaucrats have political backings while others don’t leave any traces of corruption. According to some sources, officers in NAB also receive their share from the corrupt official and after that, all is well.

Coming back to the package announced by PM, it will be another source of income for the bureaucrats and politicians. All the funds that Balochistan will receive from the federal government will be systematically misappropriated by the corrupt officers. The estimated costs of the projects will be revised several times, cheap quality material will be used and many people will make millions during the process. The only losers will be the people of Balochistan on whose name these funds are received from the federal government.

Politicians come to power for five years provided that assemblies are not dissolved earlier. They require the bureaucrats to run the government and therefore don’t interfere in their corrupt practices. When one government leaves and another comes to power, the same bureaucrats switch their loyalty. In this way they have become invincible and there is no one to stop them from plundering the resources of Balochistan. Until and unless corruption in provincial bureaucracy is not treated with an iron fist, even a development package of Rs. 5,000 billion cannot do any good to people of Balochistan.

Republished in The Balochistan Point on March 3, 2015